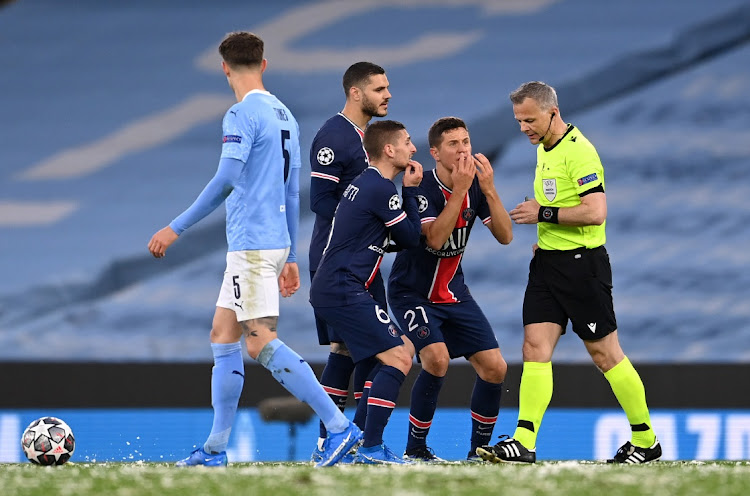 City reached the final of Europe's elite club competition for the first time thanks to a 2-0 victory at the Etihad Stadium to secure a 4-1 aggregate win.

French champions PSG were left angered by the referee, who sent off PSG's Angel Di Maria in the 69th minute for an off-the-ball stamp on Fernandinho.

"We talk about respect towards referees," midfielder Herrera told French multimedia outlet RMC Sport, while revealing that the official had sworn at Paredes. "If we say that, we get a three or four-match ban."

Herrera's team mate Marco Verratti said in his post-match interview that he too was abused by the official.

"I didn't hear anything from the touchline, if something is there and is how they explained, maybe UEFA will investigate the situation," Pochettino said.

"But now that's not an excuse I can put in front of you ... the most important thing is we're not in the final and that's why we feel really sad."

"I apologise for my culturally insensitive remarks ... I wrongly used a racial stereotype. This was inappropriate and unacceptable," Beglin tweeted.

"Words have a strong impact and I fully understand the severity of what I said when Di Maria was sent off. I'll learn from this and be better moving forward."