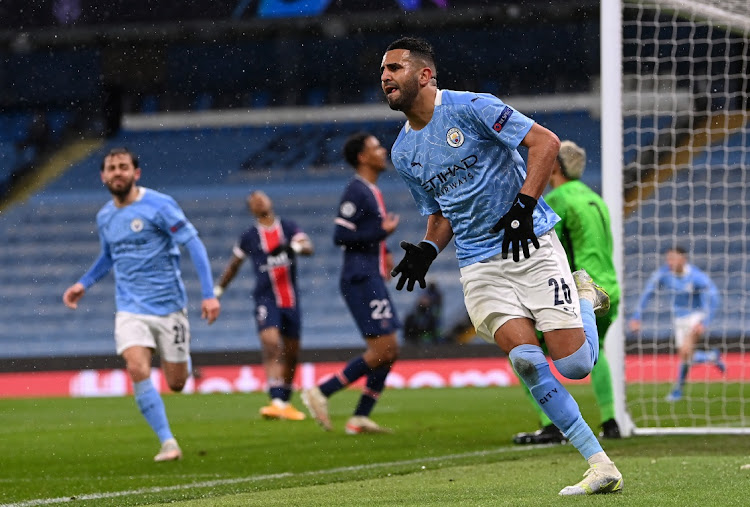 An emotional Manchester City coach Pep Guardiola hailed a journey that has been "four or five" years in the making after seeing his side reach the Champions League final following a 2-0 win over Paris St Germain on Tuesday.

Riyad Mahrez's early strike at the Etihad Stadium put City in a commanding position in the tie, before the Algerian added another in the second half to seal 4-1 aggregate last-four success and book City a first-ever Champions League final spot.

For all his domestic success at City, Guardiola has never been past the Champions League quarter-finals since arriving in England in 2016 before this season, but he can now start to dream of adding to his two European Cups won with Barcelona.

"What we have done the last four years has been incredible," Guardiola said. "The Champions League is the hardest and getting to the final was the hardest thing for us to achieve.

"We deserve to be there for everything we have done at the club in the past four or five years.

"I also want to thank the owner, the Chairman and the staff at the club. This club is about all the people that work behind the scenes, the ground staff working at halftime, it's not just about money. If you want to think that then you are wrong."

Guardiola also said the welcome his team got from fans coming into the stadium before the game gave them a pre-match boost.

"It was great to see, it's not the same without them," Guardiola added. "We miss them so much. It’s weird playing in an empty stadium for such a big game. The achievement belongs to them."

City's task was made all the easier in the second half after PSG's Angel Di Maria was sent off on a frustrating evening for the French champions.

PSG striker Kylian Mbappe was not fit enough to start and it showed as the French club failed to muster a shot on target all match. Coach Mauricio Pochettino, however, played down the significance of the 22-year-old's absence.

"That (Mbappe's absence) cannot be an excuse, we are a team," Pochettino said. "Of course, it's unlucky he was not ready to help the team, but that's not an excuse.

"We cannot use that excuse because the performance from the team was good.

"I need to congratulate Manchester City because they are having a fantastic season. After six or seven seasons of working, Pep is doing well. At the same time, we feel proud of our players and our team."