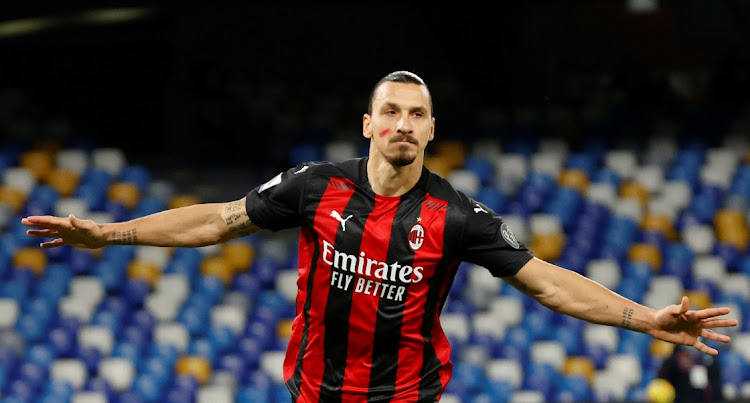 One year ago, Zlatan Ibrahimovic marked his first start since returning to AC Milan in style by sweeping home a neat finish against Cagliari.

The goal was something of a statement after eyebrows were raised at the Italian club’s decision to re-sign the veteran Swede in January 2020.

The scepticism was understandable. Ibrahimovic was 38 at the time and had been out of elite European football since March 2018, as he starred for LA Galaxy in Major League Soccer.

But the transformative impact the striker has had in Milan over the last year is a remarkable success story, and his return to the field on Saturday after a two-month injury absence was celebrated by the club’s fans.

After scoring on his starting debut on Jan. 11 2020 Ibrahimovic said: “The coach thinks about my age but it's not a problem, my mind is still sharp and the body must follow.”

The Swede has improved with age since returning to Italy for the first time since his 2012 departure to Paris St-Germain, and his strike in Cagliari means he has netted a senior goal in top-flight football in four different decades.

Ibrahimovic scored 10 more goals before the end of the season to become the oldest player to hit a double figure tally in a Serie A season, aged 38 years and 302 days.

The striker’s qualities as a mentor were also praised, as he used his experience to help one of Italy’s youngest teams develop into a more mature and mentally strong unit.

Milan’s final result before Zlatan’s arrival was a humbling 5-0 defeat by Atalanta. Since then, they have lost three of their last 38 Serie A games – the same number they had surrendered in seven matches before the Swede’s arrival.

The team's progress with Pioli on the touchline and Ibrahimovic on the pitch earned the pair contract extensions in the close season and sparked an unexpected title charge.

Ibrahimovic started the season in outstanding form, scoring 10 goals in seven league games before suffering a hamstring injury against Napoli in November that threatened to derail Milan’s season.

But the Rossoneri’s improved maturity showed as they won seven out of 11 games in all competitions in his absence, although their 27-match unbeaten Serie A run was ended by Juventus last week.

Ibrahimovic returned to action on Saturday, coming off the bench in a 2-0 win over Torino that saw the club end the weekend three points clear at the top.

Milan’s impressive start to the season leaves them with a real chance of ending their 10-year wait to be crowned Italian champions again. The last time they won the title, Ibrahimovic was their top scorer.

A decade later, after plundering 22 goals in just over a year, the Swede has them dreaming again.