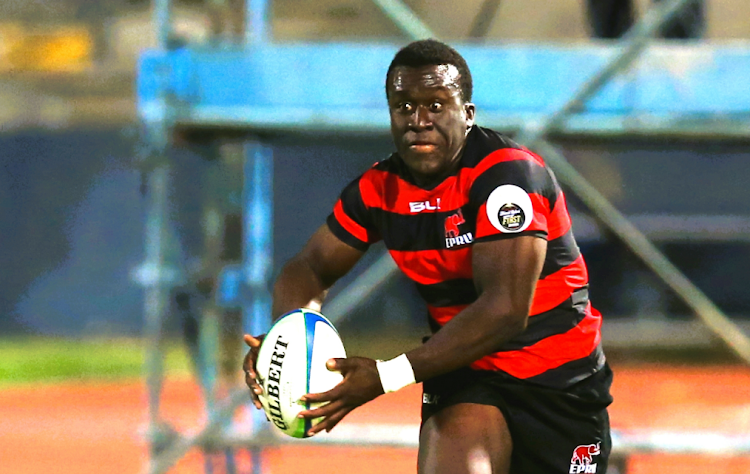 EP’s Elephants can send out a powerful signal to their rivals that they are serious contenders for Carling Currie Cup Premier Division promotion if they can manage to tame the Leopards in Potchefstroom on Saturday.

It would be a fourth consecutive win for EP, who have beaten the SWD Eagles, Boland Cavaliers and Border Bulldogs to pocket an impressive haul of 15 points on the promotion barometer log (SA teams only).

After the trip to Olen Park, EP face tough home games against the Falcons and Griffons at Nelson Mandela Bay Stadium that will decide their destiny.

In their last game, EP ran in 10 tries when they thrashed an outplayed Border Bulldogs team 64-7 in Gqeberha.

EP overwhelmed Border with their pack and it remains to be seen whether they will opt for similar tactics against the Leopards.

Border were unable to stop EP’s driving mauls and the Leopards will be looking to counter EP’s pack  which laid the platform for the big in over the Bulldogs.

“EP will analyse and put together a tactic for this Leopards team.

“We knew Border would struggle to match us physically and if something works, we might as well stick with it.

“It is a major benefit to have two of these last three promotion games at home.

“But for now, first up is Leopards in Potch and that is the only place we have our focus on.

“We know we are a team capable of scoring many tries or getting a lot of points and I’m really pleased that we’ve pounced on all our opportunities thus far to produce maximum points.”

Elsewhere on Saturday, the Falcons and SWD Eagles clash in Brakpan, with the home side determined to bounce back from their recent 25-15 defeat to the Leopards.

SWD, on the other hand, suffered a 40-16 reverse against the Down Touch Griffons in the previous round and cannot afford to lose more ground.

The remaining matches see the Boland Cavaliers entertain the Griffons in Bredasdorp, while the Border Bulldogs will be desperate to break their losing duck when they face the Zimbabwe Goshawks in Mdantsane on Sunday.

Georgia’s Black Lion are on a bye this week after they were crowned champions of the inaugural Rugby Europe Super Cup last Saturday, courtesy of their 17-14 triumph over Lusitanos 17-14 in Lisbon, Portugal.

The Simbas from Kenya are the other team sitting out this round.

On the promotion log, EP are leading the standings on 15 points after three games.

They are followed by the Griffons, Falcons and Leopards, who are all on 10 points.

The SWD Eagles and Boland Cavaliers are not yet out of contention on nine points each.