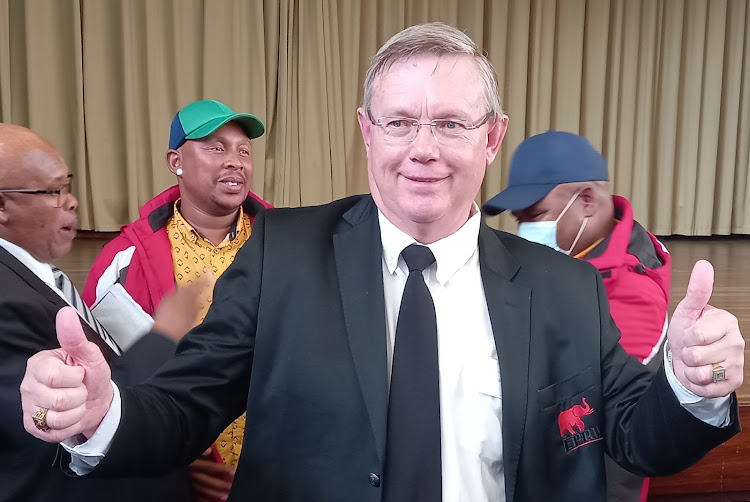 A drive-by memorial will be held for the late EP Rugby Union president Andre Rademan on Sunday.

Rademan, fondly referred to as “Prez” in rugby circles,  died on Tuesday after a long battle with Covid-19 following an outbreak which laid several EP Elephants players and staff low.

The convoy will proceed past the Rademan family at the EPRU offices, at Imatu House, in Prince Alfred Road.

Convoy participants are requested to switch their headlights on in remembrance of EP s former president.

Participants are also requested to wear their club colours or sports regalia to commemorate Rademan.

When Covid-19 hit EP rugby, Rademan implemented crisis management at the union before he took ill and was admitted to hospital.

He will be remembered for turning around the union’s dire financial position when he first came into power in 2017.

“He had the character and persona to keep us together,” he said.

“His disposition was that of a people’s person.

“Andre always readily opened his door and listened to everybody.”

Elephants coach Peter De Villiers, who also contracted the virus, said Rademan’s passing was a sad for the rugby community.

“I will always be grateful to Andre.

“He was the right man at the right time for EP Rugby,” he said.

“But most of all he was a lovable husband and father who never neglected  to talk about his family and how proud he was of his grandchildren.

“He was more of a human being than a rugby man.