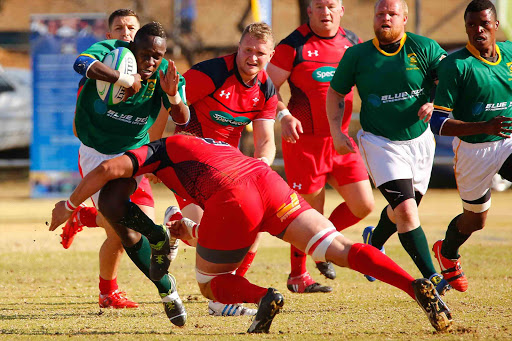 The South African Deaf Rugby Association (Sadra) unanimously elected Reenen Stenekamp from the Free State as their new president at their annual general meeting, which was held virtually on Saturday April 17.

Jacques Henning from Gauteng was elected vice-president at the AGM, which was attended by the outgoing executive committee and provincial delegates representing Deaf Rugby, as well as representatives from SA Rugby and the SA Deaf Sports Federation (SADSF).

Apart from electing their new leadership at the meeting, Sadra also discussed the progress made over the past year, and affirmed their vision for the next 12 months, during which several new initiatives are envisaged, with good governance, transformation and development the key markers that will define this period of growth and renewal. 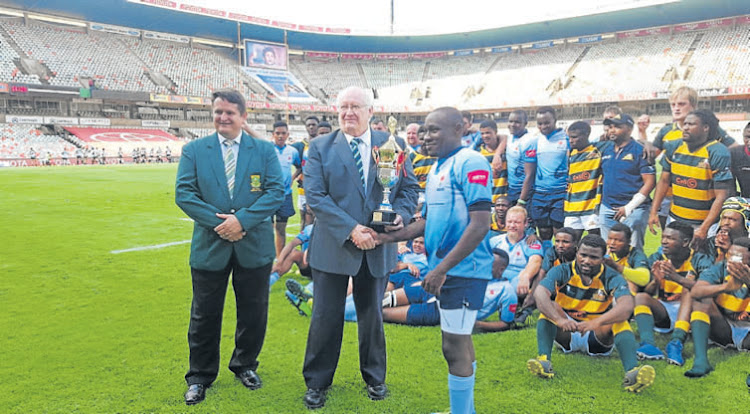 WELL EARNED: The immediate past president of SA Deaf Rugby, Michael Oosthuyzen, left, looks on as Lindsay Mould, executive member of SA Rugby, hands over the Stones Cup to Blue Bulls captain Patrick Molotshwa at the Toyota Stadium in Bloemfontein after the inaugural Stones Cup concluded in 2019.
Image: SUPPLIED

Stenekamp and Henning will serve on the World Deaf Rugby committee as the contact people for SA, tasked with discussing matters relating to Sadra at global level, and to liaise with World Deaf Rugby where necessary.

In addition, Stenekamp will serve as Sadra’s representative with the SADSF, with the potential addition of rugby to the Deaflympics being the key focus.

One of the challenges facing Sadra is the rescheduling and possible restructuring of the Stones Cup, which was launched in Bloemfontein in 2019.

It was scheduled for Worcester in 2020, but the Covid-19 pandemic necessitated the cancellation of the tournament.

With the rise of player numbers in the Western Cape, Border, and the Northern Cape, an increase in the number of participating sides may well be on the cards.

The AGM also marked the end of the successful tenures of immediate past president Michael Oosthuyzen and SA Deaf Rugby founder and first president Tim Stones.

Both were heavily involved in the inaugural Test series against Wales Deaf Rugby in 2015, as assistant coach and team manager, respectively.

Stones, who lives in East London, in particular played a key role in rebuilding SA Deaf Rugby, having been involved since 2007, and the Stones Cup was named in his honour when it was first proposed in 2018.

Both Oosthuyzen and Stones remain involved in Deaf Rugby, serving as president and vice-president respectively of World Deaf Rugby.