Foster reverts to strong side for Pumas clash 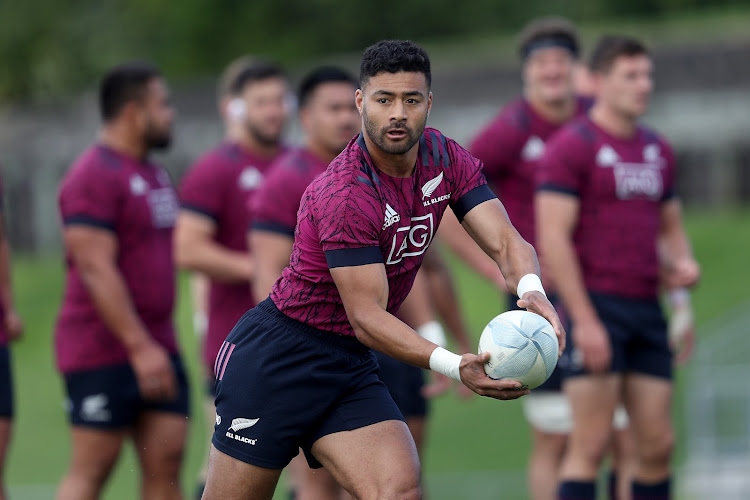 New Zealand coach Ian Foster has again reshuffled his side for their Tri-Nations match against Argentina on Saturday, bringing back several veteran players and reverting to virtually the same side that destroyed Australia two weeks ago.

The All Blacks beat the Wallabies 43-5 two weeks ago in Sydney before a much-changed team, that included four debutants, was beaten 24-22 by Australia in Brisbane last Saturday.

"There is no hiding the fact that we are disappointed with how we played last week," Foster told reporters on a conference call.

"The whole team is pretty determined to put on a performance that shows we have grown over the last few weeks so going back to existing combinations was quite important."

Flyhalf Richie Mo'unga has been reinstated and Beauden Barrett shifted to fullback after the pair's tactical kicking and ability to exploit space helped them open up the Wallabies two weeks ago.

Caleb Clarke, Jack Goodhue and Aaron Smith have also been brought back into the backline, while Shannon Frizell has rejoined the first-choice loose forward combination with captain Sam Cane and Ardie Savea.

Loosehead prop Joe Moody also returned after he missed the last two games while tighthead prop Tyrel Lomax has earned his first test start and replaced Ofa Tuungafasi, who was banned for three weeks after being sent off in Brisbane.

"He has worked hard on his strength ... and is reaping the rewards for that," Foster said of Lomax's elevation.

"He has also worked on his fitness side and we're seeing a work rate around the park that is suited to a test level.

"He just has to keep doing what he has been doing off the bench and enjoy it."

Tighthead prop Nepo Laulala was also rushed back into the squad on the bench after he arrived mid-week following the birth of his second child.

The Pumas have been in Australia for more than a month and only played two games against essentially an Australia 'A' selection but Foster said he expected them to be competitive.

"They've probably had something that most international teams never have, (which) is about three weeks of solid training and preparation," Foster said.

"I'm sure their game understanding will be high."