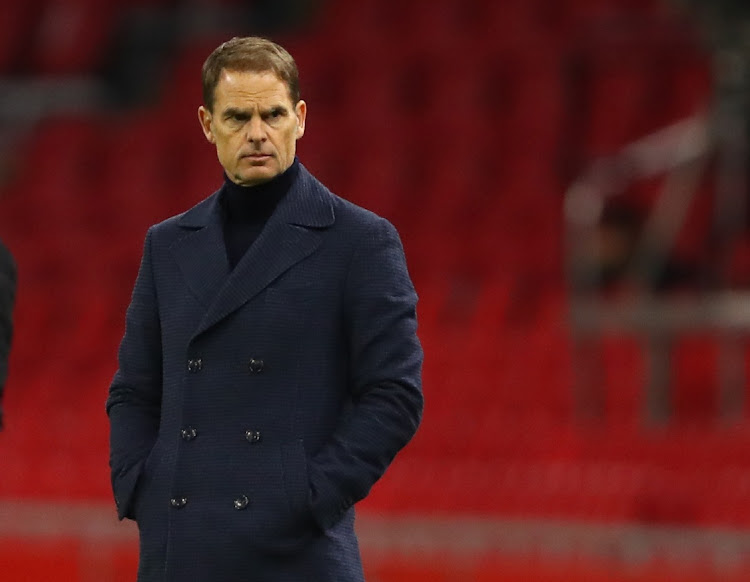 Netherlands coach Frank de Boer questioned the need for international friendlies in an already congested calendar after losing two players to injuries in his side's 1-1 draw at home to Spain on Wednesday.

Centre back Nathan Ake had to be taken off early in the game with a muscle injury and will return to his club Manchester City immediately, missing the Netherlands' Nations League games with Bosnia and Poland.

Right back Hans Hateboer meanwhile was brought off at halftime after clashing heads with Spain's Jose Gaya, who had to be taken off immediately for Luis Enrique's side.

"I don't think this game needed to be played," De Boer told a news conference.

"Money is very important but we also need to look after our players. All interested parties need to sit down and talk because the health of our players is important. We all agree about that, and decisions need to be made."

With European domestic seasons starting a month later than usual due to the Covid-19 pandemic, international sides have been playing three matches instead of the usual two within a two-week period.

Clubs are also under greater strain due to the shortened season, with sides in the Champions League and Europa League forced to play three European fixtures in three weeks.

De Boer's criticism at the fixture pile up comes after Liverpool defender Joe Gomez sustained a knee injury in England training on Wednesday ahead of a friendly with Ireland, prompting coach Gareth Southgate to speak out over the demands placed on players.

"The bigger picture here is, everybody in the game needs to work together,” Southgate said earlier on Wednesday.

"With a winter World Cup (in 2022) there was an opportunity this year to think differently. The pandemic has thrown up all sorts of difficulties for people. But everybody has tried to cram the programme into a smaller period."

France geared up for their upcoming Nations League games with a 2-0 home defeat against Finland as their 12-match unbeaten streak came to an abrupt end on Wednesday.

Marcus Forss and Onni Valakari scored in the first half to give Finland their first win against Les Bleus, having lost all their previous eight encounters going into the game at the Stade de France.

World champions France dominated possession and had the first clear chance when Marcus Thuram's header crashed onto the crossbar, but Didier Deschamps' side, without the injured Kylian Mbappe, lacked inspiration throughout.

Les Bleus, whose last defeat was in June 2019 when they lost 2-0 away to Turkey in a Euro 2020 qualifier, face Portugal away on Saturday and Sweden at home on Tuesday in League A, Group 3 of the Nations League.

Pedro Neto and Paulinho both scored on their Portugal debuts as the European champions unsurprisingly routed Andorra 7-0 in a friendly on Wednesday while Cristiano Ronaldo was also on target.

Michy Batshuayi scored twice in the second half as top-ranked Belgium came from behind to beat Switzerland 2-1 in a friendly on Wednesday, a confidence boosting win ahead of their crucial Nations League clash against England on Sunday.