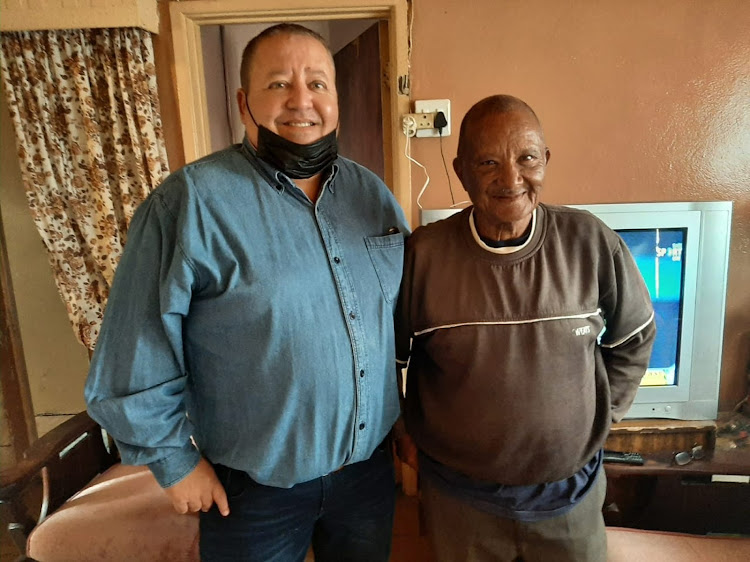 He may have been small in stature, but former Eastern Province cricketer Neville Francis would be remembered as a giant of the game as news of his death filtered through the cricket fraternity on Wednesday.

Those were the sentiments of PE Sports Legends Trustee Graeme Sauls as he spoke glowingly about the classy left-handed batsman.

Francis died in the early hours on Wednesday aged 81 after a long battle with illness, his family said.

He is regarded as one of the greatest Eastern Province cricketers.

A batting all-rounder who started his career as a left-arm spinner, Francis served the province with distinction for the better part of three decades and would be sorely missed, Sauls said.

Despite having no children, he was a father figure to his extended family, always going out of his way to make sure they were helped with whatever it was they needed, his nephew Gary Malgas said.

“He was someone we could always count on, someone who cared deeply for his family and would always make time to engage and do things we loved, no matter how small the task was.

“He never had any children of his own, but the way he treated our children, one would think they were his, he had so much love to give and wanted nothing but the best for all of us.

“His legacy will definitely live on as our kids have also taken an interest in playing cricket as well as a bit of football,” Malgas said.

Francis was one of the first sporting legends from the region to be inducted into the PESLT Hall of Fame.

Sauls said it was because of Francis and his peers, who never got the sporting recognition their talents deserved, that the trust was launched.

“He was such a humble man, a giant of the game despite his small stature, who shared the field with some greats of the game.

“I remember inviting him to a game at St George’s Park, and the commentators at the time were like a bunch of schoolchildren coming to get his autograph.

“It was only then that I realised the effect he had on the lives of so many individuals in the game.

“He played in the golden era of the game alongside the likes of Sir Basil D’Oliveira, Maurice Wilson, Devdas Govindjee, Desmond “Bravo” Jacobs and so many more.

“If you speak to any of the cricketers who played in that era, he was regarded as one of the finest cricketers to come from this region,” Sauls said.

Despite never reaching the heights of the national team, Sauls was confident that had things been different politically in SA, Francis would have been a regular in the national side.

“He never had to stand back to anybody, regardless of their colour, because his ability on the field spoke volumes.

“He epitomises why our trust was formed, to highlight the achievements of our former sportsmen and women who were never properly acknowledged for their skills and time they gave to their sporting codes,” Sauls said.

Francis is survived by his wife, Sheila, siblings Isabelle and Gavin Malgas, and his extended family.

At the time of going to print, the funeral arrangements for the former EP great had not been confirmed, Malgas said.