SuperSport United are a tough nut to crack, but we’re ready to fight, says Chippa defender 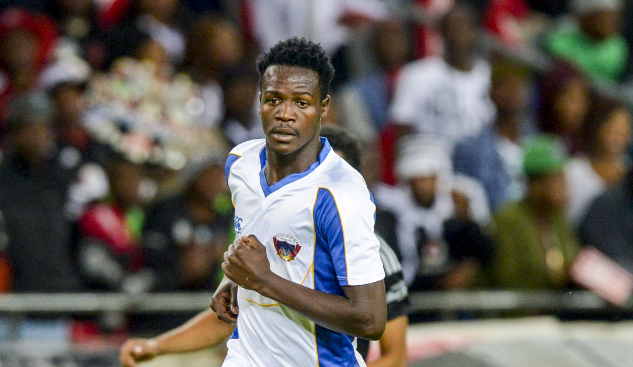 Comeback kid Justice Chabalala is urging Chippa United to get off to a quick start when they face SuperSport United in their opening match of the DStv Premiership season at the Lucas Moripe Stadium in Pretoria on Sunday (5.30pm).

Though aware that Sunday’s match against Matsatsantsa will not be easy, Chabalala, 30, trusts that the young players will be able to absorb the pressure and get a good result in their league opener.

“It’s going to be a tough game but, you know as footballers and professionals, we are going there to fight to get better results.

“Anything can happen there, but you can see in our training that we are ready to fight.

“I am happy with the squad, and we have a good coach in Daine Klate.

“He’s young, but I treat him like a father.

“Also, technically both the coaches are very good as well, so we are going there to fight because that is the only thing we can do.

“We are not scared of them.

“We respect them as a team, but we have to go there and fight.”

During his first stint with the Chilli Boys, Chabalala was one of their influential players and made 18 appearances for the team.

Upon his return this season, the player hopes to be Klate’s go-to man in defence.

“As a player, you want to start every game.

“I am also working hard towards that.

“I want to be able to help the team to get into the top eight.

“I think this season we can achieve that because we have young players.

“They listen to us as senior players and they also listen to the coaches.

“So we have a good squad to do better in the league now.

“Yes, some of the boys are scared because they are making their debut in the PSL, but we try to communicate with them.

“There’s nothing different. It’s just football. You have to go out there and do your best.

“They are here because they deserve to be here.

“They know football already, they just need our guidance,” he said.

The centre-back first joined Chippa in 2016 on loan from Orlando Pirates.

He returned to Pirates for the next season, but was loaned out again to Bloemfontein Celtic, where he spent two seasons.

His latest club was Sekhukhune United.

The player said he was grateful to be back at Chippa.

“This is my home. I had a good spell at Chippa United the time I was on loan from Orlando Pirates and when I was released at Pirates I decided to choose Chippa because it’s my home.

“I am very thankful to come back home.”