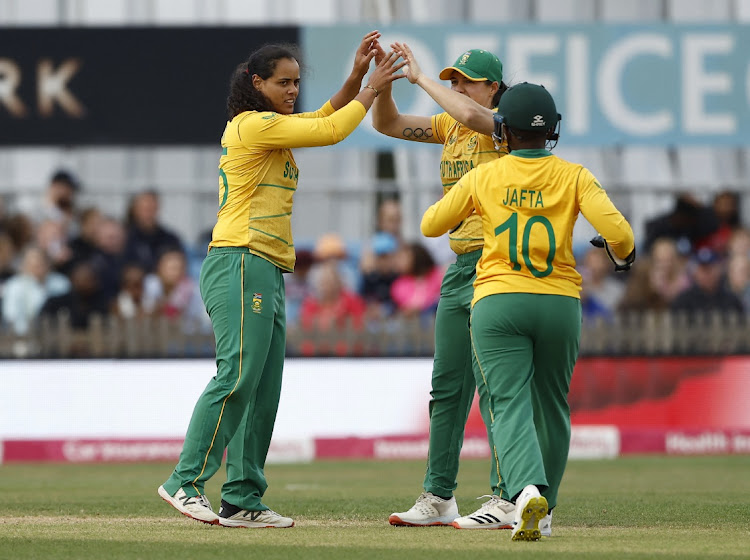 UNITED FRONT: SA's Chloe Tryon believes they have what it takes to put up a good showing at the inaugural Commonwealth Games T20 women's cricket event in Birmingham
Image: Reuters/Jason Cairnduff

Team SA cricket vice-captain Chloé Tryon and head coach Hilton Moreeng are full of excitement as they embark on the journey of the first ever 2022 Commonwealth Games T20 Cricket event being held in Birmingham from July 29 to August 7.

SA get their Group B campaign under way on Saturday against New Zealand at the Edgbaston Cricket Ground before taking on England and Sri Lanka for a place in the semifinals.

Ahead of the historic Games, Tryon and Moreeng shared their thoughts.

“We are really excited,” Tryon said.

“When we heard the news that women’s cricket would be in the Commonwealth Games, we were all buzzed about it. Representing SA at them will be fantastic,” the all-rounder said.

Moreeng said all the teams involved in the competition were dangerous in their own way and his charges would not be taking any team lightly.

“We’ve recently played England in a tour and we know what they are capable of. We know New Zealand has very dangerous players and even Sri Lanka cannot be written off.”

Consistency, focus and diligent work will be key to the team’s approach to achieving their goals at this tournament, Moreeng says.

“We need to stay in the moment, stay focused and work extremely hard. It’s about taking our chances,” he said.

Despite losing three talented players in Marizaan Kapp, Tumi Sekhukhune and Trisha Chetty, Moreeng says he still believes there will be enough depth in the squad to perform well.

Tryon said this event would be a notable leap forward in the growth of the women’s game and make it a truly global sport.