Kapp, Sekhukhune to miss rest of T20 series against England 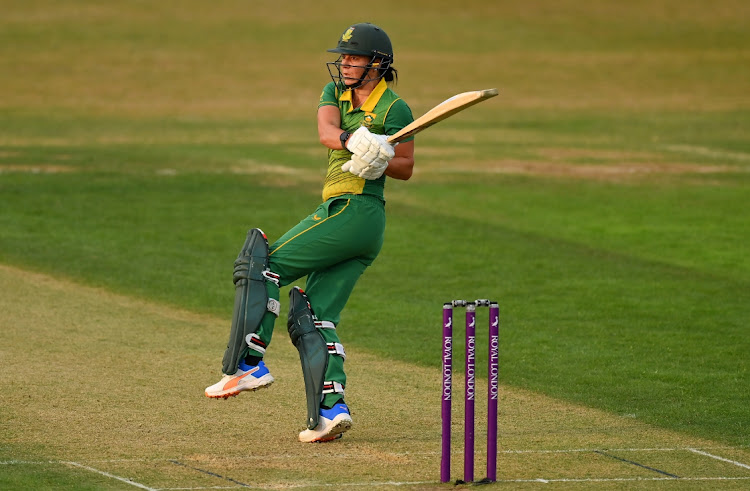 Proteas women’s stalwart Marizaan Kapp has been ruled out of the remainder of the tour of England due to family reasons, Cricket SA announced on Thursday.

The star all-rounder is one of two players who will miss the rest of the Twenty20 international series against England, the other being Tumi Sekhukhune, who has a groin injury and, after an assessment by the team’s medical staff, was sent home to begin rehabilitation.

As the communication went out on Thursday evening, both players were also missing from the side’s series-opening defeat against England as the visitors slumped to a six-wicket defeat in Chelmsford.

It is understood that Kapp’s departure came at her own request “to be close to her family [in Gqeberha] during this trying time”.

Tamsin Brits has been drafted into the squad that will contest the remainder of the series.

CSA further stated that a squad update regarding the Commonwealth Games team would be made in due course.

Wolvaardt was the shining light in an otherwise dull Proteas batting effort on Thursday, scoring 55 off 49 balls as the visitors were whittled out for 111. England pace bowler Katherine Brunt ripped through the batting order with 4/15 in her four overs.

It took the hosts just 90 deliveries to reach the 112-run target and go one up in the three-match series.

“Losing both of them is a massive loss for our side,” Wolvaardt said in her post-match interview. “Especially with Marizaan and the form that she has been in with the bat.

“We have relied heavily on her throughout our time here in England and her runs at the top of the order will definitely be missed.

“Both [Kapp and Sekhukhune] offer crucial elements with the ball, whether it is Kappie opening the bowling or Tumi coming in as an option in the middle overs, so those are big losses for us.

“But we will have to regroup, replan and hopefully a few of the youngsters can put up their hands for that position.”

Wolvaardt said the lack of partnerships in their innings had been detrimental to them trying to put a defendable score on the board on Thursday.

“It was a difficult innings for me because it was difficult to find any sort of momentum; every time I felt like we got going again we would lose another wicket.”