We have to work hard now to win series after disappointing first-match defeat, says SA A coach 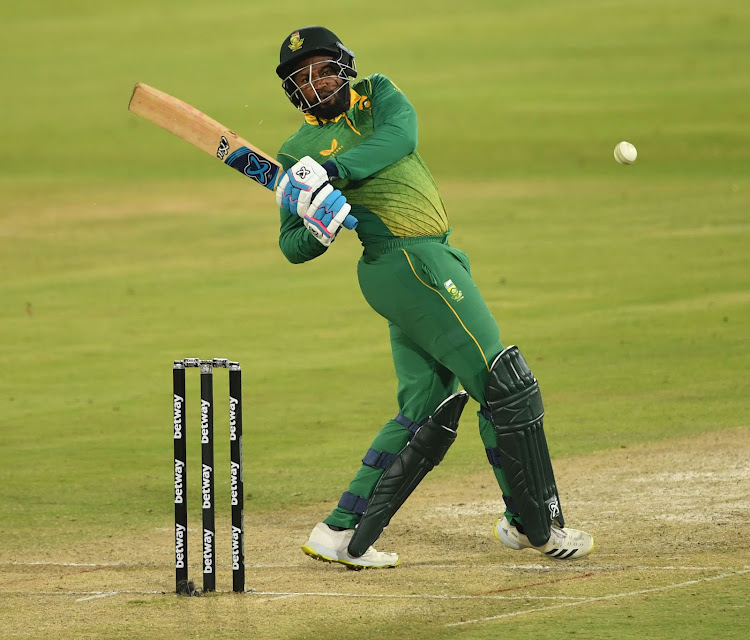 SA A head coach Malibongwe Maketa wants improvement from his side in the second unofficial one-day international match against a Zimbabwe XI on Wednesday.

Describing their five-run, Duckworth-Lewis defeat to the hosts on Monday as a bit harsh, Maketa said there were still areas they would be looking at improving as they aimed to level the series.

Half-centuries by Proteas regulars Andile Phehlukwayo (87 off 93 deliveries, including 5x4s, 4x6s) and captain Heinrich Klaasen (58 from 51 balls, including 4x4s and a 6) saw the visitors post a competitive 273/3 in their allotted 50 overs.

In reply, the hosts came within five runs of their target, scoring 266 and losing half a dozen wickets before bad light stopped play, with seven balls remaining, which resulted in the match being decided via the DLS method.

Maketa said it had been a tough start to the tour for his charges, but he believed they could build on the performance.

“I think we played really well to set the game up, but I think we can improve in the middle overs, where we got tied up a bit, but the way we finished off our innings, was really pleasing and if you look at the par score [for this venue], we were probably just a little bit below in terms of how good the wicket is in the afternoon,” the former Warriors mentor said.

In terms of their bowling performance, Maketa said they had controlled things pretty well throughout the match, and it was a pity that the game had been robbed of an exciting finish.

“I thought we bowled pretty well,” he said.

“We controlled things quite nicely, especially in the powerplay.

“In the middle overs, they showed a lot of intensity and put us under pressure as a fielding team, which forced us to make a few mistakes, which is something we need to make sure we improve on.

“It is unfortunate it finished the way it did, but well done to Zimbabwe for starting the series strong and we know now how hard we have to work to win the series.”

Gbets Warriors fast bowler Glenton Stuurman has been called up to replace Lutho Sipamla, who has returned to SA after aggravating a left hamstring injury.

Ryan Rickelton, who tested positive for Covid-19 on the team’s arrival in Zimbabwe last week, came out of isolation on Monday morning and has been medically cleared to play from the second ODI onwards, while Wihan Lubbe replaced Prenelan Subrayen in the ODI squad after the Dolphins man tested positive for the virus before the team’s departure from SA.