India backing Kohli to get out of his rut 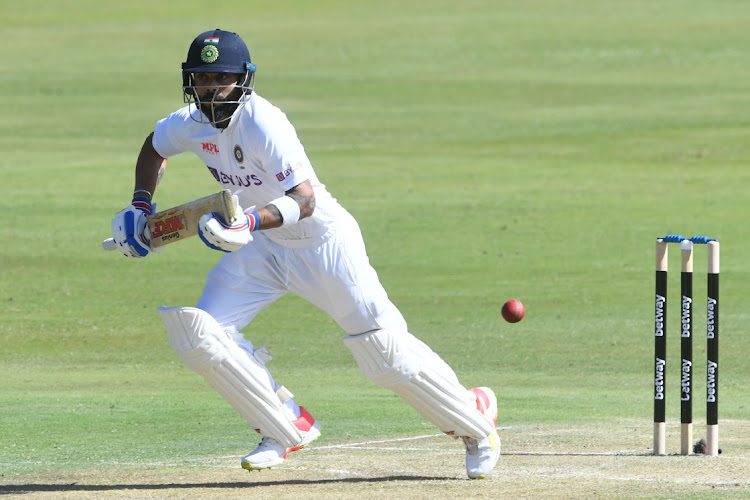 Virat Kohli of India during day 1 of the 1st Test against SA at SuperSport Park on December 26, 2021 in Centurion
Image: Lee Warren/Gallo Images

India batting coach Vikram Rathour has backed out-of-form captain Virat Kohli after another failure in the first Test against SA at Centurion Park, but says he needs to be more cautious with his shot selection.

Kohli, one of the finest batsmen to play the game, completed a miserable 24 months on Wednesday that has brought him only 652 runs in 14 Tests at an average of 26.08, almost half his career average before this Test of 50.65.

He chased a wide delivery from SA seamer Marco Jansen in the second innings and was caught by wicketkeeper Quinton de Kock for 18, an ambitious stroke the first ball after lunch.

It was also a carbon copy of his wild drive in the first innings when he was caught at slip for 35, again playing a loose stroke well away from his body.

“It is a shot that brings him lots of runs, it is his scoring shot,” Rathour told reporters. “It is always your strength that turns out to be your weakness as well.

“But that is the shot he plays well and which gets him lots of runs, so he has to carry on playing it. But he needs to maybe pick better balls at times.”

Rathour also defended batsmen Cheteshwar Pujara (0 & 16) and Ajinkya Rahane (48 & 20), whose positions had been in the spotlight going into the Test.

“They are trying their best. Rahane has looked in really good touch this game, it is just unfortunate that he got out. Pujara has played some really important innings for us (in the past).

“We need to be patient. As long as they are trying their best, then everything is fine. These are challenging conditions, not many people have scored runs (in this game)." — Reuters