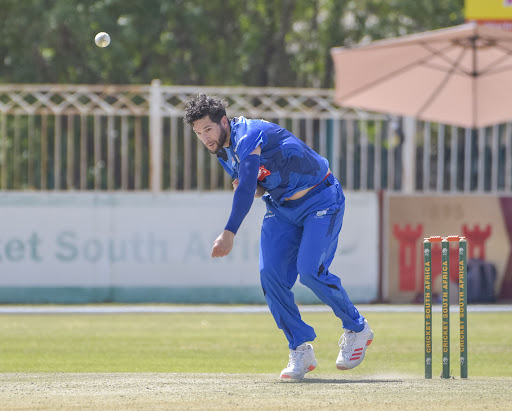 FEELING CONFIDENT: WP's Wayne Parnell in action during their CSA T20 Knock Out Competition match against SWD on Saturday at the Kimberley Ova, in Kimberley
Image: GALLO IMAGES/FRIKKIE KAPP

Playing their best cricket will be high on the agenda for Western Province captain Wayne Parnell as they aim for the first piece of silverware in the new domestic season.

Opening their campaign in the CSA T20 Knockout Challenge in a biosecure environment in Kimberley last week, the coastal side navigated their way to the second round of the competition after a crucial six-wicket victory against North West in their final group game.

The Western Cape side opened their account with a nail-biting two-run victory over the Lions before another close match saw eventual group A winners, South Western Districts, claim the spoils by three runs with only two balls remaining in the match.

At the end of the six matches, the Lions, WP and SWD all had two wins from their three games, with the two Western Cape sides advancing to the latter stages due to a superior net run rate.

“I think watching what happened it was quite low in terms of scores in the two games, so we felt it would have played similar, but watching them bat first we felt it was a much better pitch even though I reckon they were about 15 runs over par, but credit to the boys for chasing it down,” Parnell said last week.

Parnell feels his side has a chance of doing well in the competition.

The former Proteas left arm seamer said the standard of domestic cricket looked strong and hoped it would continue throughout the tournament.

“All four teams played some really good cricket over the past weekend and that is a really good way to start the season.

“There is a good standard of cricket and the second division teams have shown that there are some really talented guys there and it is up to the other teams to stay at this level we have set for them this weekend,” he said.

Top order batsman Zubayr Hamza played a key role with the bat as he scored a maiden T20 hundred in the opening game and 62 in the final match to take his tournament runs tally to 168.

“Obviously Zubayr Hamza stands out, he had two very crucial knocks when we needed it,” Parnell said.

“I am also pleased for Jono Bird, I think he was desperate to do well, as most of our guys are, and it was just about trying to stay calm.

“Bowling-wise, Beuran Hendricks showed his experience again, so I am really pleased with everyone.”