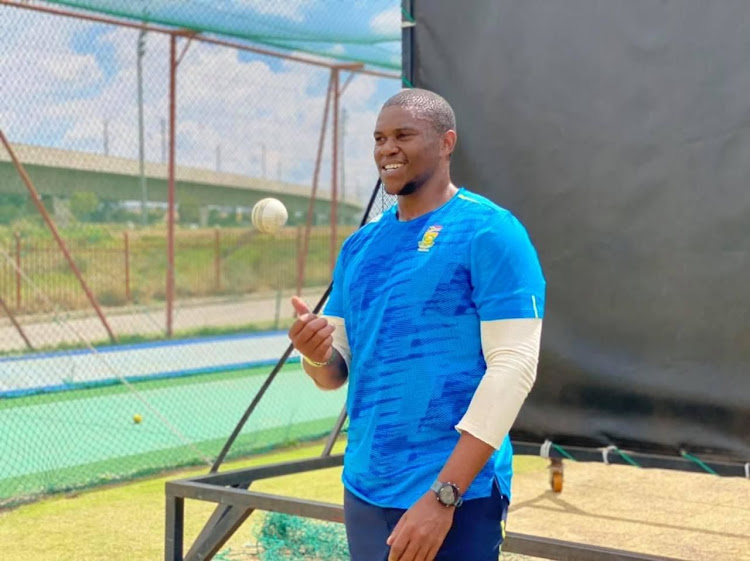 GROWTH OPPORTUNITY: Former Madibaz bowler Sisanda Magala is excited to make his international debut for SA after being selected for the limited overs squads to play Pakistan in April
Image: CRICKET SA

Former Madibaz bowler Sisanda Magala is primed to embrace the next challenge in his cricketing journey after being selected for the SA limited overs squads to play Pakistan in April.

The fast-medium bowler will make his national debut at the age of 30 and said he was excited about the opportunity to test himself at the highest level.

The games will be played in Johannesburg and Centurion.

The Kariega-born Magala, who attended College Hill Prep and Muir College, has been included in the squads for both series.

“I’m feeling very good about receiving this opportunity and I just see it as another obstacle in my way,” said Magala, who now lives in Sandton, Johannesburg, after joining the Lions franchise in 2020.

“It’s a great opportunity to test myself on the international scene but, as I said, it just one more obstacle I need to overcome.”

Magala, who studied at Nelson Mandela University from 2010 to 2014, has made a name for himself in one of the most difficult departments in limited overs cricket — bowling at the death.

He displayed his prowess by being the leading wicket-taker in the domestic one-day and Twenty20 competitions this season with eight and 13 wickets respectively.

The Lions shared the one-day trophy with the Knights after rain washed out the final and won the T20 title.

His experience at the franchise, he said, had furthered his cricket development.

“The Lions squad has a vast amount of experience and is extremely competitive.

“We pushed each other and I really picked the brains of players on how I could get better,” Magala said.

“[Lions bowler] Malusi Siboto definitely challenged me in terms of thinking about the game and how I wanted to go about things, so I want to thank him for that.”

Magala looks back with great fondness on his days in Gqeberha, where he graduated from schools cricket to the Madibaz first team.

“Those times were extremely important for my development,” he said.

“To this day, I’m always looking to find ways of upskilling my game and getting as much information as possible.

“My journey from Muir to Madibaz and then to the Warriors was a particularly good and hard development phase, but I received so much help along the way.

“From the EP Academy and Madibaz, people such as Piet Botha, Riaan Osman, Baakier Abrahams and Francois Holder taught me so much, and then my Warriors teammates helped me to make the step to the next level.

“I have special memories of my Madibaz days, in particular winning the University Sport SA tournament and the national club championship in the same year under the coaching of Grant Morgan.”

After being a regular in the Eastern Province and Warriors teams for almost a decade, Magala felt he needed a new challenge, which led to his move to the Lions.

“I needed to test myself on how I could manage outside my comfort zone and the competitive nature of the squad has definitely sharpened everyone to be at their best and to bring their best — steel sharpens steel,” he said.

He will not look to change anything against Pakistan.

“My approach will be the same as to all my games,” Magala said.

“I know who I am, I know what my strengths are and I know what type of cricket I want to play — I just need to be myself.” — Fullstop Communications