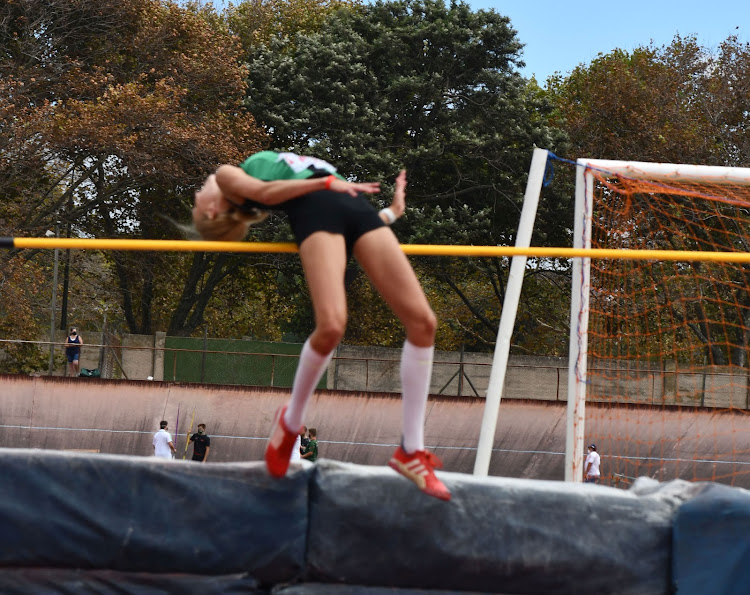 Eastern Province Athletics (EPA) hosted its fourth meeting in a series of championship track and field events at the Westbourne Oval in Gqeberha at the weekend.

The meeting saw 375 athletes competing over the two days.

Schools from all over the region, from East London to Graaff-Reinet, took part.

The largest school entry was from the Kouga region, with Nico Malan High School entering 41 athletes.

Jannie van Niekerk, of Sports Excellence, who coaches a large training group in the Kouga area, said: “We had a strong group of athletes that competed at the weekend.

“Our best performers included Valentino Verwey, who finished the 800m sprint in one minute and 56 seconds, and finished the 5,000m in 16:21.

Both athletes have already qualified for the SA Championships and are part of the EPA team going to Paarl.

Mari Venter, a grade 11 pupil  from Pearson High School, had an excellent high jump result, clearing 1.63m and qualifying for the SA Championships. Her goal is 1.7m.

In the first day of competition, Elke Erasmus, in the girls U18 triple jump, took home a gold medal, when she jumped 10.39m from the 9m board to qualify for the EPA team for the SA Champs.

She was soon followed to the podium by Reze Coetzer, in the girls U18 hammer throw, who threw a distance of 52.47m to earn a gold medal.

Anria Vosloo was next in line, claiming first place in the girls U16 90m hurdles with a stellar performance of 14.40 secs, soon thereafter matched by Kelly Howitz in the senior women 100m hurdles.

Howitz bagged another gold medal in the senior women javelin.

Angelique Roodt (girls U18 javelin) was unfortunate to fall just short in the first leg of the series when she threw 39.98m as the qualifying distance is 40m.

Luck was not on her side on Friday when she threw 30.35m to earn herself a bronze medal.

Paul du Plessis, Dante Nel and Erskine made the podium for the senior men hammer throw with distances of 56.74m, 53.28m and 52.01m, respectively.

At the start of the second day, Gontsejalo Mohutsiwa opened with a run of 2:02.35 in the senior men 800m event, to earn silver.

Saskia Wait and Howitz continued with the medal success when they placed first and second with times of 26.30 and 26.60 seconds respectively in the senior women 200m, followed by Leonard Mgoqi, senior men, when he clocked 21.90 in the 200m event.