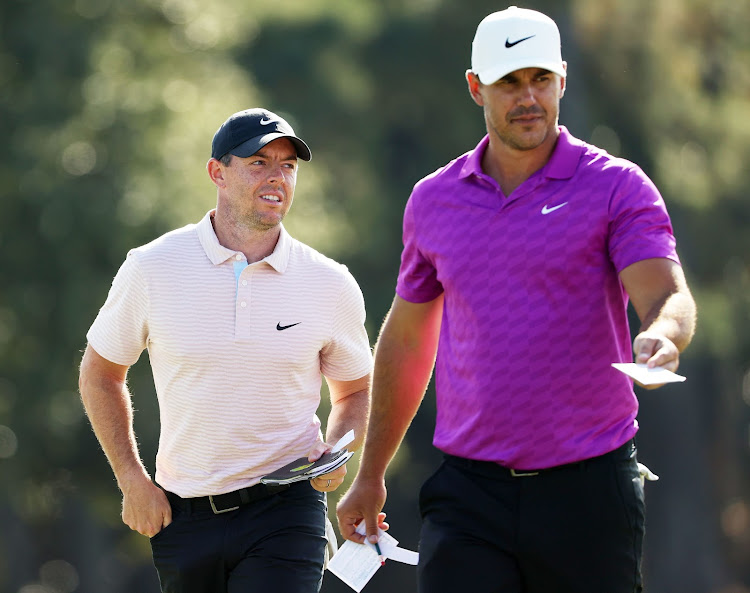 Rory McIlroy described Brooks Koepka as deceitful after the four-times major winner defected to the breakaway LIV Golf Invitational Series on Wednesday, then urged the PGA and European Tours to join forces against the Saudi-backed venture.

Among the PGA Tour's most vocal backers, McIlroy, speaking to the media ahead of this week's Travelers Championship in Cromwell, Connecticut, criticised Koepka and others for turning their backs on the PGA Tour after previously expressing their support.

“Am I surprised? Yes, because of what he (Koepka) said previously,” said the Northern Irishman who has moved up to number two in the world rankings after a successful title defence at the Canadian Open and tie for fifth at the US Open.

“That's why I'm surprised at a lot of these guys because they say one thing and then they do another.

“It's pretty duplicitous on their part to say one thing and then do another thing.”

The PGA Tour has suspended members who signed up to play with LIV Golf and said others who follow them will face the same punishment.

However, they were able to play at the US Open last week and were given the all-clear by the R&A on Wednesday to tee it up at The British Open at St Andrews from July 14-17.

The LIV Series will play its first American event in Portland, Oregon from June 30-July 2 at the Pumpkin Ridge Golf Club, going head-to-head with the PGA Tour's John Deere Classic.

With more-and-more players tempted by the huge purses of the LIV Series, McIlroy called on the PGA and DP (formerly European) Tours to come up a plan.

“I've always advocated for something where the tours work more closely together or we create some sort of world tour model or ATP model,” said the four-times major winner.

“I would like to see the PGA Tour and the European Tour start to work more closely together and maybe try to forge a path to where all the biggest golf events in the world are under the same umbrella.” — Reuters