Zuma enabled Guptas to flout laws as they ran ANN7 and TNA media while Duduzane benefited too, says Zondo 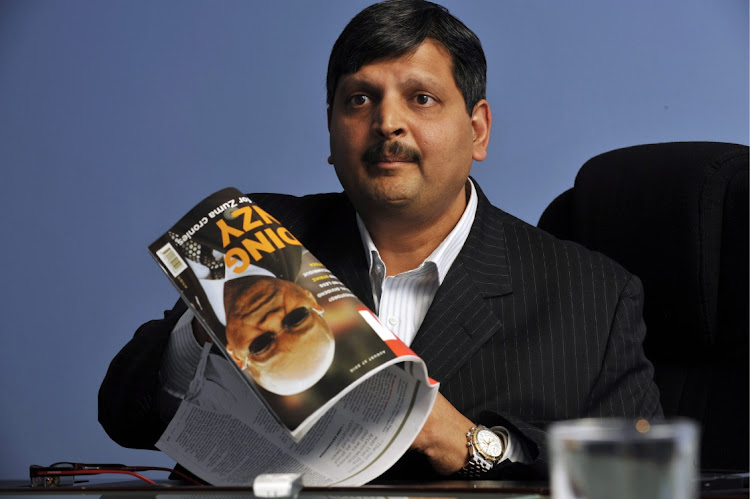 By involving himself in the formation and running of the Gupta media house TNA Media and news channel ANN7, former president Jacob Zuma was in breach of the executive code of ethics.

This is a finding made by chief justice Raymond Zondo in the final instalment of the state capture commission report released on Wednesday.

According to Zondo, there is sufficient evidence to conclude Zuma allowed the Gupta family to use their proximity to him to “facilitate and extend” their business interests from India to SA by establishing the news channel which hired undocumented Indian nationals who were in the country illegally.

Zondo also found that Zuma’s son Duduzane became a beneficiary of the Guptas' relationship with his father through his involvement in the news channel that did business with public broadcaster the SABC.

TNA Media entered into deals with the SABC and other state organs through an event known as TNA Business Breakfast.

The SABC carried the event live for free while state organs such as Transnet, Eskom and Telkom splurged millions sponsoring the event.

“President Zuma had enabled the extension of such business interests for the benefit of his son, Mr Duduzane Zuma,” Zondo said.

“The Gupta family and in turn the [former] president's son ... Duduzane ... benefited from the relationship that the Gupta family had with president Zuma in that they entered into contracts with various state organs and, in particular the SABC, to the detriment of other potential competitors who operated within the same media space.”

Zondo also found that Zuma allowed the Guptas to abuse their close relationship with him to flout visa and labour laws of the country by hiring undocumented foreign nationals at the news channel.

He said there was no evidence to refute allegations made by Rajesh Sundaram who was one of the former employees of ANN7.

President Zuma enabled, indirectly, the members of the Gupta family to abuse their relationship to the extent of flouting visa and labour laws of the country

“President Zuma enabled, indirectly, the members of the Gupta family to abuse their relationship to the extent of flouting visa and labour laws of the country. It is not denied that through Mr Ashu Chawla visas for the Indian nationals were facilitated in a way that was contrary to law. For instance, Mr Sundaram admitted that his visa was not processed according to law,” Zondo said.

“The allegations made by Mr Sundaram that some of the Indian nationals were employed by ANN7 without permits were not far-fetched because, after investigations which were conducted by the department of home affairs, it was found that four employees of ANN7 who were Indian nationals had violated the conditions of their permits and were accordingly ordered to leave the country.

“It is not deemed necessary for the commission to recommend any steps to be taken in this regard since such persons were ordered to leave the country way back in 2013.” 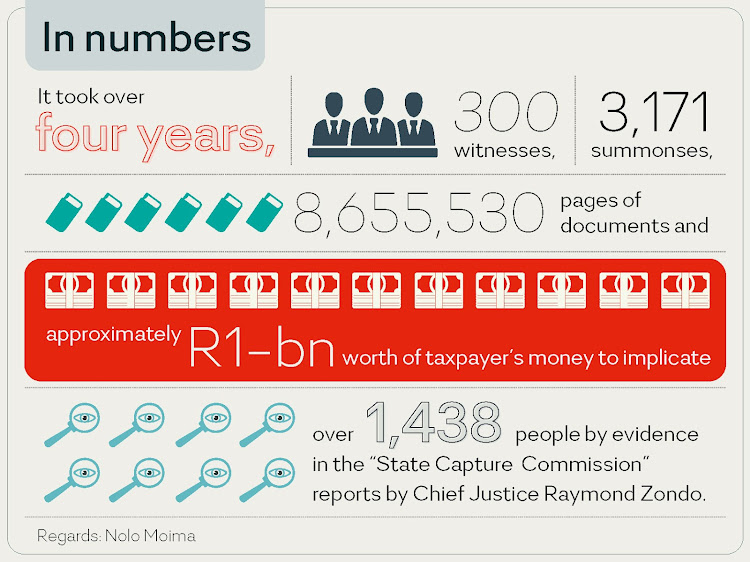 Zondo also found that Zuma allowed the Guptas to abuse their close relationship with him to flout visa and labour laws of the country by hiring undocumented foreign nationals at the news channel.
Image: Nolo Moima

According to Zondo, the evidence against Zuma shows he was in contravention of section 96 of the constitution. Zondo also found Zuma acted in breach of the Executive Members Ethics Act by involving himself in the conception and formation of ANN7.

Zondo said the costs incurred by the SABC for the TNA broadcasts, coupled with the provision of the relevant services to TNA by the SABC, in the amount of about R4.27m excluding VAT, between April 1 2011 and March 31 2017, should be recovered from any of the assets belonging to TNA or held by the Gupta family.