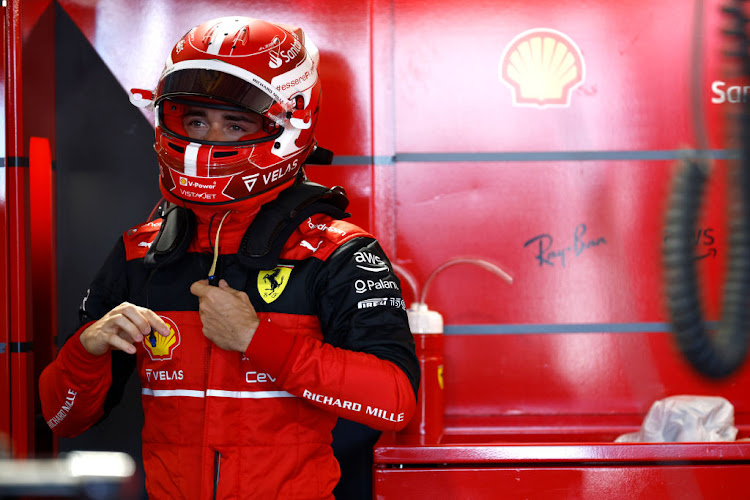 Ferrari's Charles Leclerc went quickest in the first practice session ahead of the F1 Grand Prix of Miami at the Miami International Autodrome on May 06, 2022 in Miami, Florida.
Image: Jared C. Tilton/Getty Images

The Monegasque lapped 0.071 of a second faster than Mercedes' George Russell, the first out on track and setting a time that will raise his team's hopes after a tough first four races struggling with a 'porpoising' car.

Leclerc and Verstappen have each won twice this season, with the Ferrari man 27 points clear of the Dutch 24-year-old whose efforts have been undermined by retirements.

Mercedes have brought new parts in the hope of unlocking performance and first impressions were of clear improvement, with the car in a low-drag setup and looking faster without bouncing.

"I think it's been an encouraging start to the weekend," said Mercedes trackside engineering director Andrew Shovlin. "We've got quite a lot of new parts on the car, new wings front and rear.

"It seems to be working reasonably well," he told Sky Sports television.

The humid session around the Miami Dolphins' Hard Rock Stadium was halted with 24 minutes to go when Alfa Romeo's Valtteri Bottas spun backwards into the tyre barrier at turn seven, damaging his car's rear wing.

Action resumed after a 10-minute break.

Haas driver Mick Schumacher and McLaren's Daniel Ricciardo were summoned to the stewards after an earlier incident that saw the German narrowly avoid smashing into the rear of the Australian's car.

Alpine's Esteban Ocon and Russell were also summoned for a pit lane near miss with the Frenchman's team allegedly committing an unsafe release.

Leclerc, bouncing back from a disappointing weekend at Ferrari's home Imola circuit two weeks ago, spun early on while team mate Carlos Sainz, sixth fastest, suffered a puncture after the red flag period.