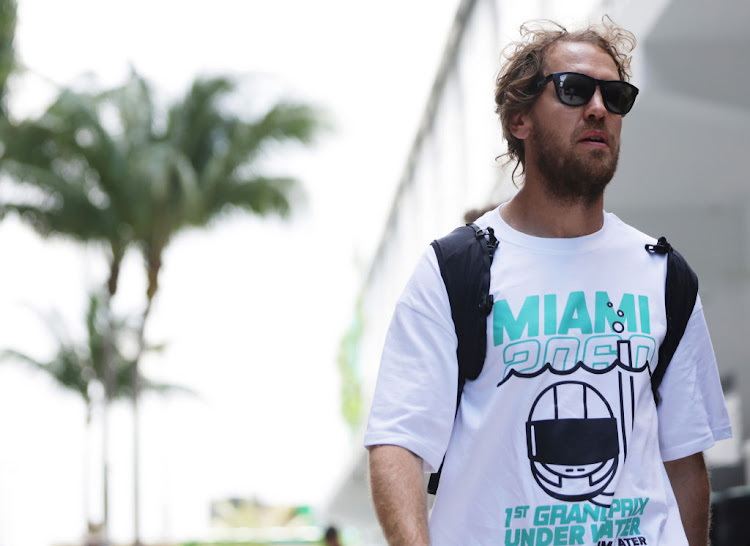 Sebastian Vettel walks in the Paddock during previews ahead of the F1 Grand Prix of Miami at the Miami International Autodrome on May 05, 2022 in Miami, Florida.
Image: Mark Thompson/Getty Images

Germany's four-time world champion Sebastian Vettel says he does not expect to race in his homeland again before he retires from the sport.

The German Grand Prix has not been held since 2019 and the 34-year-old Aston Martin driver believes the trend in the sport towards new markets, paying higher fees, makes a swift return unlikely.

“I don’t know if Germany will make it in time for me,” Vettel, who is out of contract at the end of the season with his future uncertain, told reporters ahead of practice for Sunday's Miami Grand Prix.

“I think in the end if you look at the places where we are going, Germany is not prepared to pay that kind of money to have a Grand Prix, simple as that,” added Vettel, who won the 2013 edition at the Nürburgring. “I am not the developer of this sport and I am not setting the business plan and the targets but clearly you can see the places we are going and the new venues we are going,” he added, saying the decisions were “money driven”.

“Some races you think would have a guarantee, Silverstone, Monza, but I don’t know, but it would be great if Germany was back on the calendar but I doubt it.”

Vettel also has some traditional leanings when it comes to F1's choices in the US.

The sport has a purpose-built circuit in Austin, Texas, but Miami and next year's newcomer Las Vegas are temporary tracks in urban centres.

“I think the US has fantastic race circuits with incredible history,” said Vettel.

“Certainly the money that was spent to build this (Miami) could easily have brought the standard up in great places like Road America,” said the German, referring to the track in Wisconsin.

“From a driving point of view I think that would be a lot more thrilling, from the fan point of view that is difficult for me to judge because the last time I sat in the grandstand to watch a race was in 2001, a long time ago, and every fan is different.

“But from a racing and driving thrill I’d love to go to proper tracks.”