Breaking barriers one run at a time 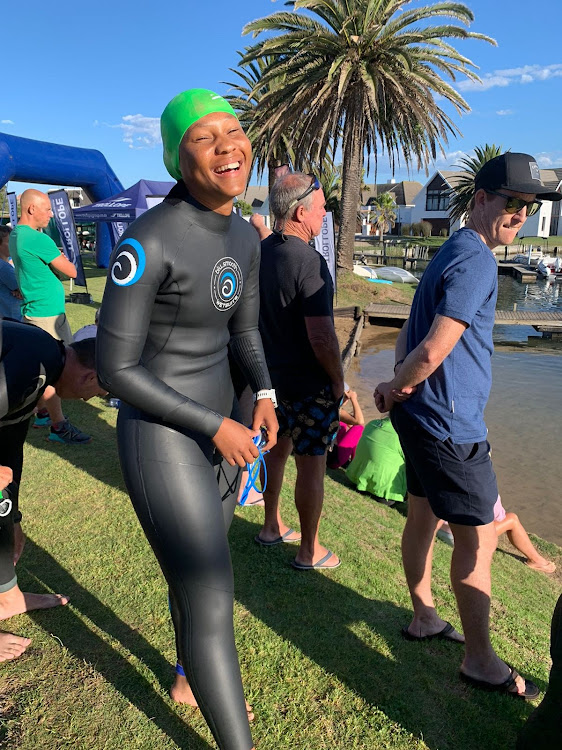 POWER MOVES: Nolukhanyo Madlingozi wants to advocate for the power of how sport can improve mental health.
Image: SUPPLIED

A Gqeberha mother has found solace and strength in the gruelling rhythm of swim-bike-run.

Nolukhanyo Madlingozi, 29, whose roots are in Peddie, recently finished her first Ironman African Championship, after training for just under a year — which included learning to swim professionally for the first time.

One of a handful of black participants in local triathlon events, she hopes to motivate and inspire other young girls and women to take part in the sport.

“It is an expensive sport and there are not many black people participating in triathlons, especially black women.

“I want to break the barrier and let other women know that it can be done,”  Madlingozi said.

Madlingozi, who works in the optometry industry and grew up in Gqeberha, only started running in 2017.

“I started peaking in 2019, which I considered to be a good year, until I found out I was pregnant around August 2019.

“It totally turned my world upside down.

“Running helped me realise to take the challenges one step, one run, and one day at a time,” Madlingozi said.

She continued running until she was eight-months pregnant with her now two-year old son, Nkosi, and said her pregnancy was actually a time when she was extremely strong — both mentally and physically.

“I continued to run because it’s basically the only way I kept sane and felt really strong.”

In late 2020, she joined the Ikhamva Running Club.

However, an injury prevented her from running just as races started opening up in 2021 after the Covid-19 restrictions on sporting activities during the height of the pandemic.

This gave her time to realise the important role exercise played in promoting her own mental health.

“I had to go back to my why. Why did I start running in the first place and where do I want to go with it?

“I also remembered driving past triathletes one day on the N2 and thinking ‘what is this?’.

“It looked so beautiful, and their movements were so clear, organised and strong,” Madlingozi said.

In 2021, Madlingozi took the plunge and joined a triathlon group, Team Tissink, and soon realised that she had found her tribe.

“I remember looking around during one of our swimming sessions and thinking these people were quite crazy, and then realising that I am one of them,” she said, laughing.

Working with her trainer, Natalie Tissink, she soon mastered the challenge of swimming.

“Within a month, I found myself getting stronger and stronger in the pool.

“I was nervous for the swim when I competed in the People’s Triathlon in St Francis Bay, but the team were encouraging and supportive.”

One of the things she enjoys most about participating in triathlons is the fact that it is not so much about the physical abilities of the athletes, but more so about the mental battles they overcome during the training and races.

Unlike other sport, triathletes peak from their mid-30s to early 50s and she hopes to eventually become a professional athlete.

For now, Madlingozi is training hard for the next triathlon, the Ironman 70.3 in Durban on June 5.