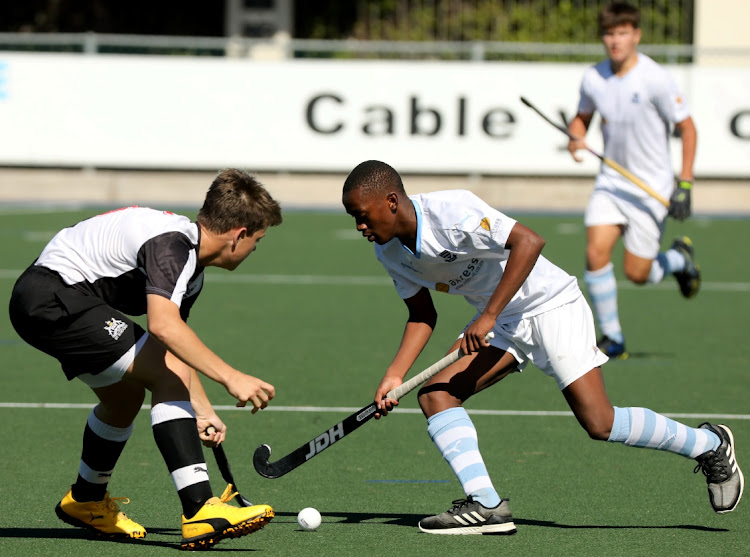 SACS took control in the third chukka of a tight contest against Southern Cape rivals York on Sunday to qualify for the final of the Hibbert Shield hockey festival hosted by Grey High in Gqeberha this weekend.

In an all-Cape Town final, they will meet the pool one winners Bishops in Monday’s final (8.45am) after the latter preserved their unbeaten record in their final match against Selborne College by playing to a 1-1 draw.

It was an excellent effort by the Selbornians as the Western Cape team had swept all before them in their previous games, including a critical 5-2 win over defending champions Grey High on Saturday evening.

The high-flying Bishops side have been one of the form teams at the tournament and they continued their goalscoring ways with a 4-0 result over St Charles on Sunday morning.

That took their tally of goals to 16 in four matches, while only conceding three.

In pool 2, both SACS and York, from George, were unbeaten going into their final pool game, but the latter had been held to a 3-3 draw by Paul Roos Gymnasium on Sunday morning.

This meant they needed to defeat SACS in their final fixture to advance to the final and for most of the first part of the game they were in contention.

Though the Capetonians scored first, York levelled the match at 1-1 and were matching their opponents step by step.

But SACS slowly began to assert some territorial dominance and in a three-minute period towards the end of the third chukka they cracked York’s defence on three occasions to take a match-winning 4-1 lead.

They increased that within moments of the start of the 13-minute fourth chukka and at 5-1, which was the final score, it was all over bar the shouting.

Earlier in the day SACS gave notice of their goalscoring ability by putting seven past Menlo Park, while York had a ding-dong battle with 2019 champions Paul Roos.

In one of the day’s major Eastern Cape derbies, Selborne edged Grey High 3-2 after scoring two goals in quick succession in the third chukka to lead 3-1 going into the final period.

The hosts added spice to the last chukka by getting their second goal and both sides had chances to increase their tallies before the end. But none of those attacks came to fruition and Selborne came away delighted with the victory.

Besides the result against York, the critical win for SACS came on Saturday when they edged Paul Roos 2-1.