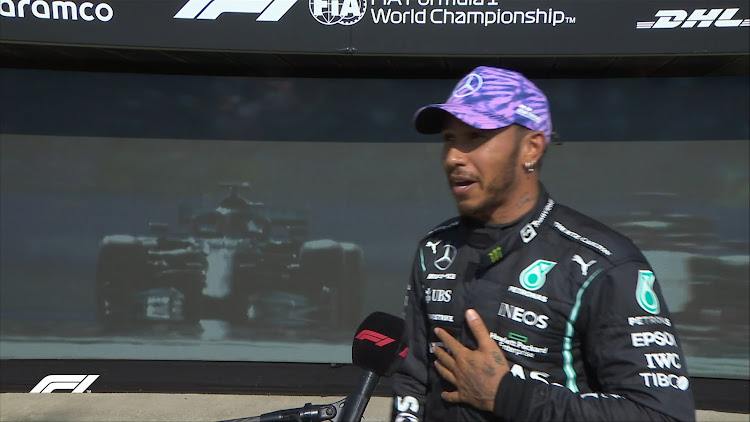 Lewis Hamilton spoke to reporters immediately after the race and said: “We’ve got the best crowd here. It’s a dream to win in front of them all”
Image: @F1/Twitter

Lewis Hamilton won his home British Grand Prix for a record-extending eighth time on Sunday despite a 10 second penalty for a first lap collision that sent Red Bull rival Max Verstappen crashing out of the race.

The Mercedes driver, now only eight points behind Verstappen after 10 races, passed Ferrari's Charles Leclerc for the lead with two laps to go as a capacity 140,000 crowd rose to cheer him.

The win was the 99th of seven times world champion Hamilton's career.