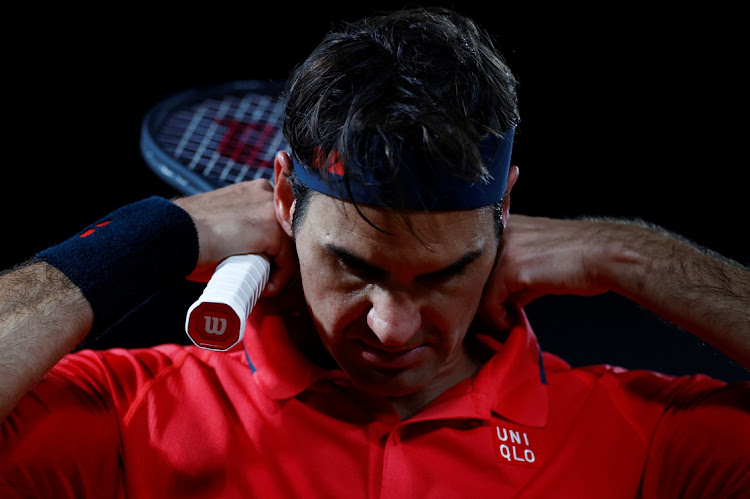 Roger Federer's decision to withdraw from the French Open, having fought his way into the fourth round the previous evening, received a mixed reaction on Sunday.

The 39-year-old Swiss came thorough a fierce battle with Germany's Dominik Koepfer in a match lasting over three and a half hours and finishing at nearly 1am.

It set up a last-16 clash with Italian Matteo Berrettini but having hinted after his win that he would have to think seriously about his next move, Federer, who has played only six matches in 17 months and underwent knee surgery last year, pulled out as a precaution ahead of Wimbledon.

Seven-time French Open winner Chris Evert said 20-time Grand Slam champion Federer had earned the right to do what he wanted, but others were less charitable.

"I think Roger has free rein to do whatever he wants," Evert, an analyst for Eurosport, told Reuters shortly after Federer's withdrawal was confirmed.

"He has paid his dues, he's 39, his goal is Wimbledon on the grass, his dream tournament, where the rallies are shorter and it favours mobility and power.

"I think he surprised himself that he got to the second week of the French. I think he was using it as practice matches but obviously with the wear and tear, when he hasn't played for such a long time, takes its toll on a 39-year-old body.

"I'm 100% behind him and it shouldn't be a knock to the tournament. He wants to be the best prepared for Wimbledon."

Former Australian Open tournament director Paul McNamee criticised Federer on Twitter, when rumours that the Swiss might pull out began to circulate.

"You're not at a candy store, able to pick and choose which matches you play, as your actions affect others, and the tournament," he said.

Greek Stefanos Tsitsipas said he was "surprised" at Federer's decision but Russian Daniil Medvedev, the world number two, said it was understandable and Federer should not be criticised for his decision.

"I think it's a tough topic because it's always a question where straight after the match he says he is probably going to retire. Then Koepfer is there, losing a tight match, maybe saying, 'Well, I could have done better maybe after'," he said.

"At the same time tennis is brutal. If Koepfer wants to be in the next round, sorry, he needed to beat Roger."

Medvedev, who reached the last eight on Sunday, added: "Roger is 39. Maybe after the match he worked with his physio and he felt the pain in his knee or something where he had the surgery. Then he knows that maybe he's going to hurt himself and not be able to play for some time.

"I don't see why he should be criticised. At the same time I understand people who do it."

Former US Davis Cup captain Patrick McEnroe said he understood Federer's reasoning, but said it was not a good look.

"It's one thing if you sprain an ankle badly and finish a match on adrenaline," McEnroe said. "Those things happen. But it's another thing when you kind of go into a tournament knowing that you probably aren't going to be able to really finish it.

"A lot of people say he's Roger Federer. He can do whatever he wants. He's earned this right, and I understand that, but I still don’t like it."