Biles warms up for Tokyo by claiming seventh US title 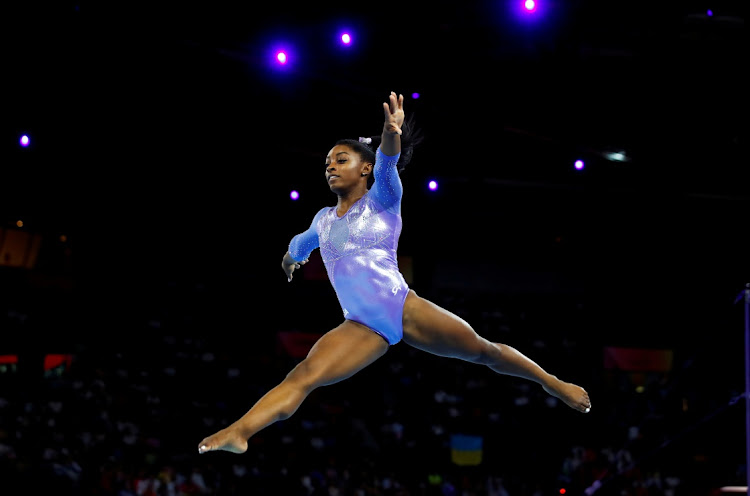 Simone Biles of the US
Image: Wolfgang Rattay / Reuters

Simone Biles again showed her quality, outclassing the field at the U.S. Gymnastics Championships on Sunday to claim a record seventh all-around national title and make her selection to the Tokyo Olympic team a mere formality.

But who will get the other coveted spots on the US squad will remain unanswered until the June 24-27 US Olympic Trials, with several gymnasts putting down markers with strong results over the weekend at the Fort Worth meet.

Biles was the winner of four gold medals at the 2016 Rio Olympics and will be targeting the same haul or more in Tokyo. She added to her billing as the greatest gymnast of all time, putting up a winning score of 119.65, almost a full five points clear of second place Sunisa Lee on 114.95.

"It's really emotional, especially going into my second time doing a Olympic run, it's really crazy," said Biles, who has won every all-around competition she’s contested since the 2013 U.S. Championships. "It's been a lot of fun but it's been a lot of stress too.

While it was a runaway at the top, it was a tight battle behind Biles for second with Jordan Chiles finishing third a half-point behind Lee.

The battle for Olympic spots is always intense but even more so for Tokyo with the team competition trimmed to four members from five and only two additional spots up for grabs on individual apparatus.

With Biles a lock for a spot, Lee and Chiles look like contenders along with Emma Malabuyo, Leanne Wong and Jade Carey, who were all within a half point of each other finishing fourth, fifth and sixth.

The top eight at the US Championships automatically qualify for the Olympic Trials.

In what was just her second competition in 18 months, Biles shook off any remaining rust delivering a dazzling display that left the crowd in awe, even without pulling out her show stoppers like the Yurchenko double-pike vault which she is the only woman to land in competition.

The reigning world and Olympic all-around champion showed little emotion as she ran through her routines, posting top marks on three of four apparatus - the vault, floor exercise and balance beam.

Prior to the final session, Laurie Hernandez, a member of the 2016 gold medal team in Rio who is bidding for a spot on the Tokyo team, withdrew from the championships after hyperextending her left knee in practice on Friday.

The 21-year-old will now have to petition for a spot at the Trials if she is to have any chance of making her dream of a second Olympics a reality.