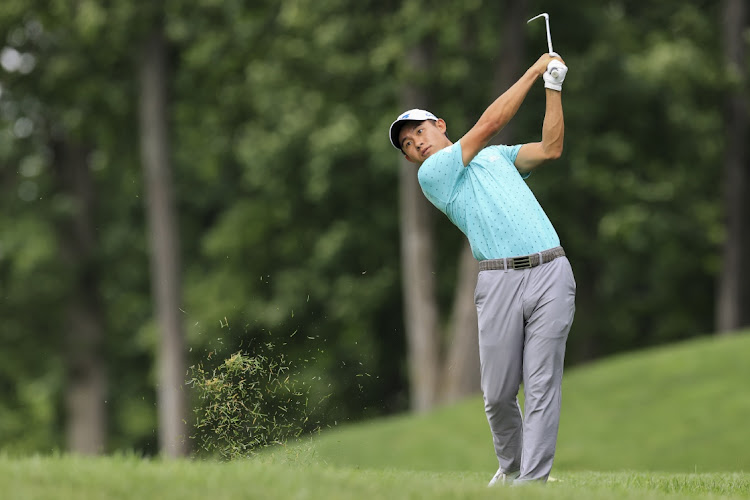 Collin Morikawa hits his shot on the ninth hole fairway during the final round of the Memorial Tournament.
Image: Aaron Doster-USA TODAY Sports

Patrick Cantlay and Collin Morikawa, who found themselves tied for first after Jon Rahm's Covid-related withdrawal, still couldn't decide a winner through 18 holes Sunday before Cantlay sunk a 12-foot putt to win on the first playoff hole in Dublin, Ohio.

Cantlay, who had narrowly missed a 24-foot birdie putt on 18 that would have won the tournament in regulation, made the par putt in the playoff; Morikawa failed to sink his par putt from only six feet, giving Cantlay his second Memorial title in three years.

"This week was a really good week," Cantlay said. "I played very solid most every day. A little more up-and-down today. There were a few short putts, mid-range putts, that I normally would make that today I didn't, which made it a little more of a grind.

"But made a few long ones. So it ended up being just enough and a tough playoff where Collin and I were really trading blows all day. So it felt really good. I stayed within myself and comfortable and confident and I really did my best to stay present and I think I did a good job."

Morikawa and Cantlay both shot 1-under 71s on Sunday, finishing at 13-under 275.

Rahm, who held the tournament's largest-ever three-round lead, was forced to withdraw following a positive test for Covid-19.

"It was such a weird situation, so unfortunate," Cantlay said. "Everyone, me included, knows it would be totally different today if that hadn't happened. But there's nothing I could do about it. I tried as hard as I could to reset and refocus."

Morikawa, who carded four birdies and three bogeys, hit a relatively short birdie putt on the par 5 15th to take a brief lead.

A birdie putt on No 17 from Cantlay forced a tie with Morikawa. On 17, Cantlay sharpened his focus during a brief weather delay before stepping back on the green to nail a long, clutch putt to pull even again.

Twin pars on the 18th brought the two back to the tee at 18 for the playoff.

"Obviously it sucks to lose a playoff," Morikawa said. "But today was a grind and that's all I could focus on. I was not hitting - I was hitting the ball well, but it didn't show that. I couldn't really hit a green for my life."

Scottie Scheffler, who tied for the lead with a birdie at No 15, finished third after a 2-under 70.

Branden Grace shot 1-under 71 and finished fourth, while Patrick Reed's 3-under 69 lifted him into fifth place.