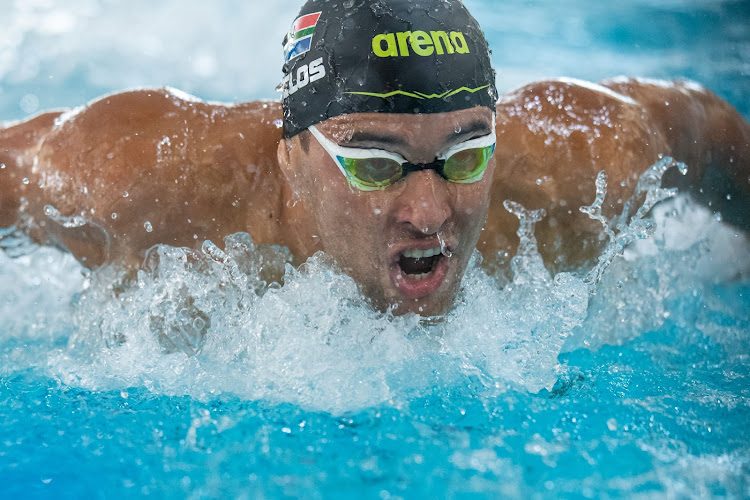 Swimming in the 200m butterfly A final, Le Clos added a second national title to his tally after claiming the 50m butterfly on the opening day.

Speaking after the race, Le Clos said it was one of the most stressful races he has had at a national championship.

“I was very nervous just because it has been a tough couple of months for me with the lockdown but also I know how hard Ethan has worked and he is a great kid.

“For me personally, I am very happy, 1:55 is right on my best for nationals.

“I am not really at the peak of my work [yet] but I take every race very seriously and focus really hard, so I am just excited to be back on a good time,” said Le Clos, who claimed his 11th national 200m butterfly title in the process.

Le Clos said dipping under the qualifying time was a bonus for him and he was just happy with the win.

“It’s always a bit of pressure coming here and people expect so much from you, especially when these youngsters are in such good shape.

“It puts me under a bit of pressure because everyone expects me to win all the time, but people need to understand it is a process for me, getting a little older, I have to peak at the right time,” he said.

KwaZulu-Natal starlet Matt Sates, 17, added a second medal to his tally as he powered home to take the gold medal in the men’s 100m freestyle A final.

Sates, who won the 50m butterfly title on Wednesday, was the only A final swimmer to dip under 50 seconds with his time of 49.29 ahead of KZN teammates Matthew Bosch and Douglas Erasmus.

“It was a good one. Obviously the 100m free was not my main race, so it was more to see if I could do a PB [personal best] and I think I took a second off my best time,” Sates said.

Matt has his sights set on a few more medals before the championships ends and said he was feeling in great shape for the upcoming events.

In the women’s 100m freestyle, KZN’s Erin Gallagher took the victory to claim her second gold of the competition, while Dune Coetzee took home the women’s 200m butterfly title.

Two records were also broken among the disabled swimmers as Gauteng’s Kat Swanepoel, an S2 swimmer, set a new record in the women’s 100m backstroke S1 and S13 multi-class event with a 2:19.79 in the heats, before bettering that time with a 2:14.78 in the final.