Johnson finding his game ahead of Masters title defence 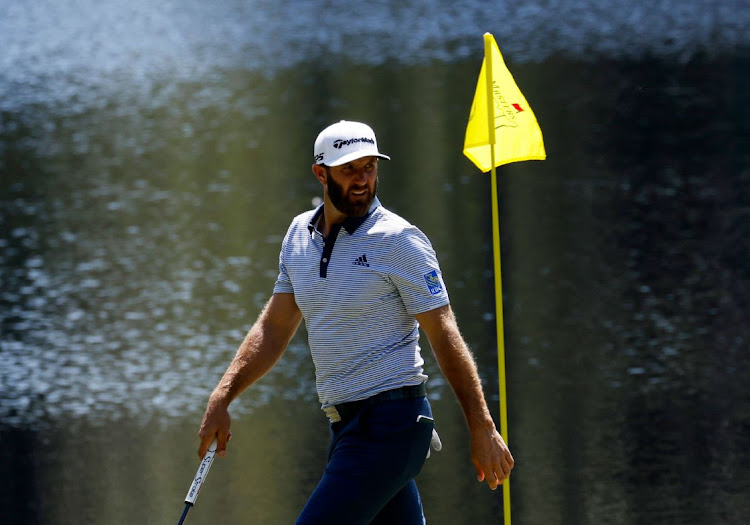 Dustin Johnson of the US on the 16th green during a practice round ahead of The Masters at Augusta National Golf Club, Georgia on April 6, 2021
Image: MIKE SEGAR / REUTERS

World number one Dustin Johnson says that despite posting some lacklustre results over the last few tournaments his all-around game is clicking again as he prepares to defend his Masters title this week.

But in his last three tournaments he finished tied for 54th at the World Golf Championships at The Concession, tied for 48th at the Players Championship and failed to qualify for the final 16 knockout phase of the WGC-Dell Technologies Match Play event.

The hard-hitting 36-year-old said those results were not representative of where his game is now.

"I feel like the game is starting to get really sharp again and I feel really comfortable, so I'm looking forward to this week," he told reporters on Tuesday.

Johnson is incredibly consistent and has claimed victories every year since he joined the PGA Tour in 2007, with the exception of a still-impressive 2014 campaign.

He has managed to avoid the kind of slumps that have bedeviled players like Rickie Fowler and Jordan Spieth in recent years but understands that everyone hits rough patches.

"I've gone through some spells where I wasn't playing that well, but generally for me I just found that if I go out and keep working at it eventually it's going to come back around."

He said having added the green jacket to his wardrobe just five months ago takes some of the pressure off his shoulders.

"I've won the Masters so there's no pressure on trying to win the golf tournament," he said.

Johnson will begin his title defence at the Masters at 10:30 a.m. ET (4.30pm SA time) on Thursday in a group with former runner-up Lee Westwood and amateur Tyler Strafaci.