Moore’s heroics not enough for Warriors 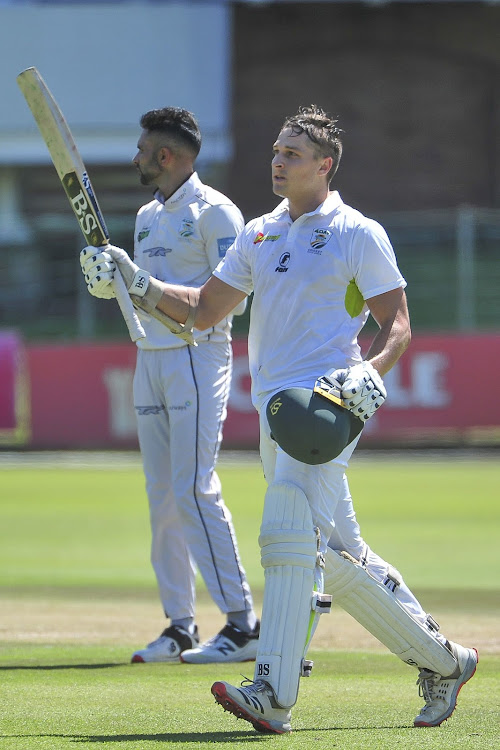 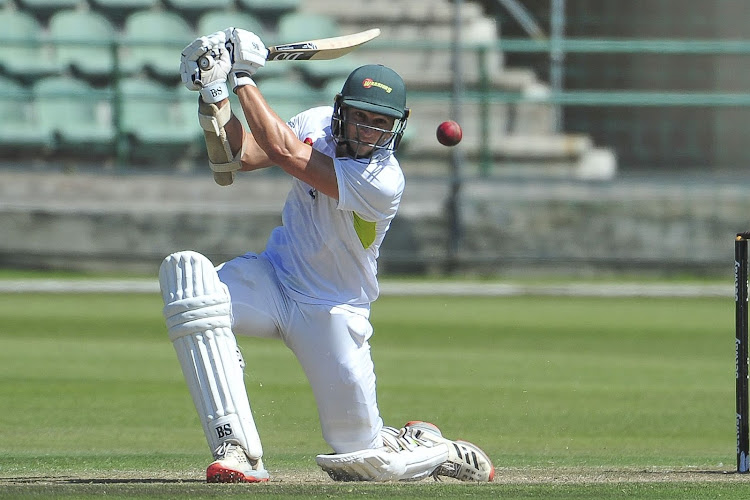 A scintillating 155 runs by opener Eddie Moore was not enough as the Warriors were left staring down the barrel of defeat heading into the fourth day of their CSA 4-Day Franchise clash against the Dolphins at St George’s Park on Friday.

Moore’s 298-minute innings secured him his 14th first-class ton and helped the Warriors to overcome a 234-run deficit on the first innings, but it was Dolphins and Proteas spinner Keshav Maharaj who spoiled the party for the home side as they were bundled out for 345.

Maharaj bowled superbly as he picked up six wickets for 93 runs in the second innings to take his match tally to eight wickets.

Moore’s 155 was his second score of 150 or more against the Dolphins, and his third triple figure score against the KwaZulu-Natal outfit after he scored 228 against the same team in Durban in the 2019/2020 season.

At the close of play on day three on Thursday, the Dolphins had reached eight for no loss as Senuran Muthusamy (6 off 16) and Sarel Erwee (0 off 14) saw out a tricky period before the close.

They will return on Friday, looking to knock off the required 104 runs as early as possible.

With an overnight score of 88 for no loss, the Warriors set about erasing the Dolphins’ remaining 146-run lead.

Gihahn Cloete brought up his 29th first-class 50 with an edge past the slips which ran away to the boundary.

Cloete and Moore reached their 100 partnership in the 27th over and went on to put on a 145-run opening stand before Cloete was bowled by Dolphins quick Ruan de Swardt for a good 65.

Warriors captain Yaseen Vallie took his side past 150 as he and Moore continued to offer firm resistance.

They put on a 100-run second wicket stand as Vallie scored 45 before he danced past a Keshav Maharaj delivery and was stumped by wicketkeeper Mangaliso Mosehle.

Rudi Second made a quick fire 15 which included three boundaries before he was trapped leg before wicket by Daryn Dupavillon.

Wicketkeeper Sinethemba Qeshile managed 13 and was caught by Mosehle off De Swardt.

Moore could only add five runs to his 150 and then edged a Kerwin Mungroo delivery through to Mosehle with the total on 311.

A Warriors collapse ensued as Maharaj picked up the last five wickets for 34 runs to clean up the rest of the batting lineup.

The seasoned right-hander amassed 264 off 507 balls (26 fours, 4 sixes), batting for five minutes short of 11 hours to help the hosts pile on a huge first-innings score of 523 for eight declared.

Malan’s effort was the biggest-ever individual score posted at Six Gun Grill Newlands, beating the previous best of 261* set by Western Province’s Stephen Steyn more than 90 years ago in the 1929/30 season.

It also beat the previous highest individual score of 260* for the Cape franchise held by JP Duminy against the Lions at Paarl in 2015/16 and was the third highest of the franchise era behind Stephen Cook (390) and Rilee Rossouw (319).

Among the other Cobras batsmen, Kyle Verreynne completed his fifth career century on his way to 109 (217 balls, 15 fours) and shared in an excellent 217-run fourth wicket stand with Malan.

Meanwhile, Kagiso Rabada and Lutho Sipamla finished with five wickets apiece before half-centuries from Ryan Rickelton and Reeza Hendricks helped the Imperial Lions hit back strongly on day three of their 4-Day Domestic Series derby against the Momentum Multiply Titans in Johannesburg yesterday.

The Proteas fast-bowling duo grabbed five for 51 and five for 37 respectively as the visitors were dismissed for just 202 – 100 of those runs coming from the bat of Aiden Markram, who notched up his fifth century in 11 innings this season.

Despite that effort from the in-form opener, the hosts still claimed a surprise four-run lead that looked far from probable at the halfway stage of the game.