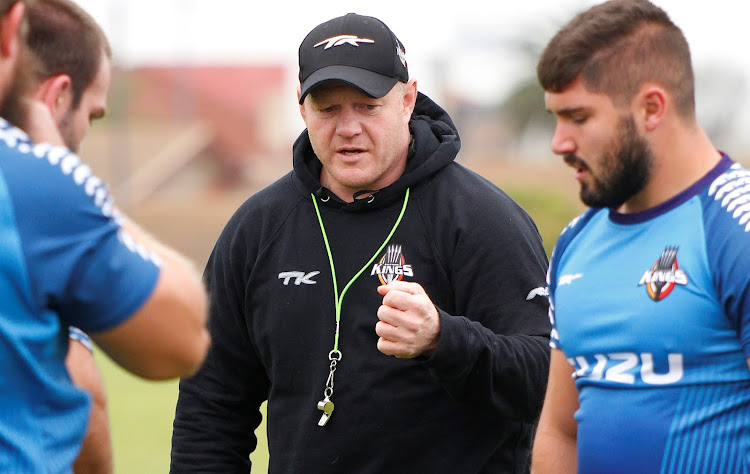 On the eve of one of the most important meetings in their short history, the Isuzu Southern Kings have been savagely labelled a “waste of time” PRO14 team by legendary Irish hooker Keith Wood.

The Kings’ top brass and leading figures in the EP Rugby Union will meet on Tuesday to discuss late April salary payments to players and other matters.

The poor performance of the team, who have won only one of their opening 13 Guinness PRO14 matches under interim head coach Robbi Kempson is also likely to come under scrutiny at the shareholders’ meeting.

Wood wants the five-nation PRO14 to be canned in favour of a new more competitive league between Irish and British clubs.

With the Covid-19 bringing rugby to a standstill around the globe, national rugby administrators are looking inward as they bid to save their sport from financial ruin.

In SA there are plans for a Derby League as cross-border travel between nations appears to be an unlikely prospect in the foreseeable future.

Wood, a  former World Player of the Year, cited the potential for intense rivalry and current issues with the PRO14 as major incentive for change in the world of club rugby.

The feisty hooker did not hold back in his assessment of the PRO14, which he believes is something of an anticlimax due to the inclusion of Welsh and SA teams.

The ex-Ireland captain was speaking to Off The Ball when he outlined his vision for the club game.

“I’ve never quite understood the need to put Italian sides, with no history, no sense of a rivalry into the midst of a Celtic competition,” he said.

“And the SA teams for me, I think, are an absolute waste of time.

“In terms of player welfare, deciding in the middle of your season, especially for international players, to suddenly have to pop down and play a game at the highveld, for me it isn’t particularly right.

‌ ‘I’ve always been a fan to try to go on that sense of rivalry.

“For me, I am still looking for change.

“I would love to have a British and Irish League, because I think the sense of rivalry that we see in the Six Nations can be mirrored at a club game with Leicester and Leinster or Munster.

“You know the crowds that are going to turn up to those sort of things.

“The Heineken Cup, what it did show over the years is that there is a huge appetite for that battle and that contest and those inbuilt rivalries that happen over the year.

“There has to be something that fits a little bit better, especially on the back of Covid-19 as to whether there is going to be a huge amount of travel or not.

“Also whether, with the closer proximity of teams, we can make that into something that unifies it a little bit more.”

Meanwhile, PRO14 rugby officials are refusing to be beaten by the pandemic and are still hoping to restart their tournament.

However, if the five-nation competition resumes it will definitely be curtailed to compress matches.

Scottish Rugby Union COO Dominic McKay, a PRO14 board member, stressed any resumption would depend on getting approval from governments.

This is because the tournament takes place in SA, Scotland, Wales, Northern Ireland, the Republic of Ireland and Italy.

McKay told RTE Sport: “We are still looking at scenarios that might see some way of potentially finishing the PRO14 season if restrictions allow later in the back end of the summer or beginning of autumn [in the northern hemisphere].

“And that will definitely be a curtailed end to the PRO14 season.

“We are still looking at scenarios.

“The PRO14 executive are going to come back to us with an update on what might be possible, but that is entirely dependent on the various restrictions in the different territories.”