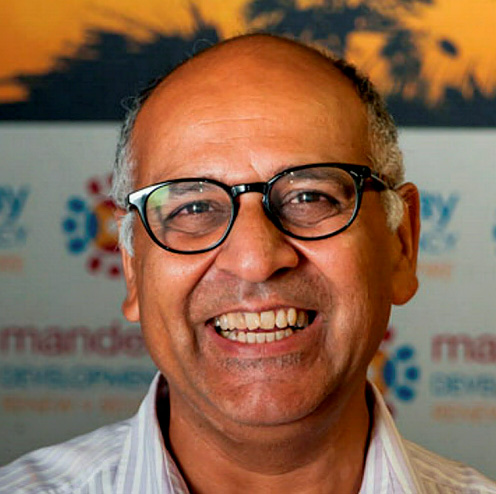 There is a TV series called The Vow which shows how easily cults attract members from all parts of society regardless of wealth, levels of education or social status.

Influential and resourceful people are targeted to provide credibility and access to their networks.

This series shows that even the Dalai Lama’s benign endorsement was abused.

No-one consciously joins a cult and many are ensnared through their own vulnerabilities and social uncertainties because of the comfort provided by seemingly well-meaning support.

Preying on the fears and dreams of people, wisdom is dispensed, and failure is not tolerated.

Unwitting members are told if they follow prescribed formulas, then their own circumstances will improve.

Failure is interpreted as participants not doing enough and new self-help programmes are suggested through subscriptions to more formulaic and jargonised phrases as essential road maps to personal growth.

Eventually cults unravel because they are costly pyramid schemes.

It is the same with government municipal support programmes.

Over the past 20 years, the regulatory system for local government administration has become well established.

The success is shown in the laws, regulations, structures and systems that give life to the constitution and which regulate the roles and responsibilities of municipalities

Unlike many other administrative systems, it allows for innovation and makes provision for failure in a transparent, planned and budgeted manner.

Yet local government as a whole struggles with governance and service delivery because the support programmes are inconsistent with its needs.

Non-administrative support programmes do not address what local government officials already know — that the problems are no longer the institutions, but incoherent policies such as local economic development they are expected to implement.

Like cult meetings, the same solutions are repeated and officials are drawn into them in the hope that something will change.

Like cult members, officials leave energised until they face their own daily realities because support programmes are generically focused on overcoming apartheid legacies and are blind on how to overcome those legacies in their daily work.

Municipalities are central to development but with meaningless support programmes, expecting municipalities to perform differently would be unrealistic.

One of the main reasons for this is the focus on undesired pasts.

They are backward-looking and inappropriate to the core focus of municipal performance requirements.

Seeing a rapidly changing world only through the perspectives of colonisation, apartheid and globalisation is regressive.

Obsessing with the past does not help build a society synchronous with the challenges and opportunities presented by the 21st Century.

If the past is a measure of progress then we will continually look backward, not forward.

SA already has the Indlulamithi Scenarios, which indicate the futures we could choose and the policies we need to adopt.

There are three scenarios — Isbhujwa, where SA is torn by deepening social divides, daily protests and cynical self-interest; Nayi le Walk, in which there is growing social cohesion, economic expansion and a renewed sense of constitutionalism that gets SA progressing; and Gwarra Gwarra, which embodies a demoralised land of disorder and decay.

To get to Nayi le Walk, requires the public sector to review what it does and the way it does it.

There are no easy answers or guidance on how to get there and officials should be wary of stock solutions because the tools for navigating uncertainty are the exploration of alternative paths to achieve the same objectives.

For the Nayi le Walk scenario to become a reality requires alternative policies and support programmes which are indigenous to the requirements of municipalities.

For the Mandela Bay Development Agency (MBDA), the Nayi le Walk, the National Development Plan and the municipality’s IDP will be the tools of exploring and navigating those uncertain paths.

The challenge for the MBDA as it transitions to exploring alternative paths is to overcome entrenched ways of working.

Since municipal non-administrative support programmes are generally irrelevant, the MBDA board has approved five principles which will guide it in preparing the annual business plan, annual budget and annual performance plans for the 2021/2022 financial year, which starts on July 1.

The principles are the completion of existing capital projects, not to pursue new capital projects, pursue impactful projects, defer projects of less strategic value to later years and focus on a new approach for the MBDA in pursuit of its development mandate.

The MBDA’s situation is not unique because the same context prevails across the country.

As the mediator of public interests, local government requires support towards desired futures so that the systems already in place are tools for change based on indigenously informed policies and practice.

Navigating uncharted territory presents an opportunity for national initiatives to indigenise policies and support programmes based on home-grown experiences and knowledge.

• Ashraf Adam is CEO of the MBDA