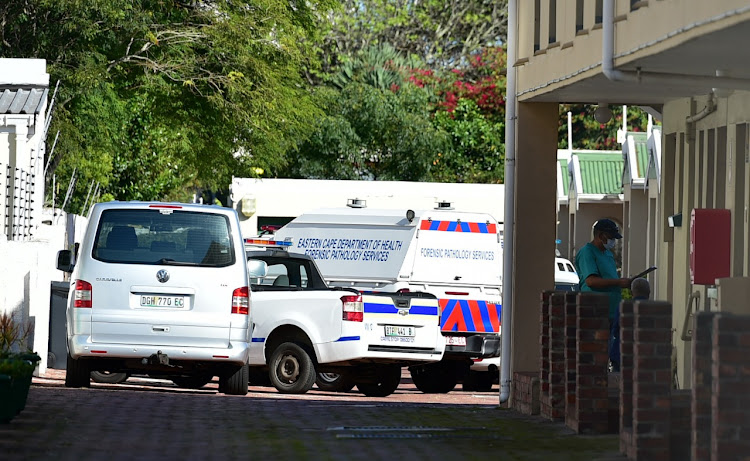 DEATH SCENE: Police are investigating the deaths of an elderly couple in a retirement village in St George’s Park
Image: EUGENE COETZEE

An elderly couple were found dead at a retirement village in St George’s Park, Gqeberha, on Sunday morning.

The bodies were found by a caregiver at about 7am when she went to check on them as she had last heard from them on Thursday.

Police spokesperson Colonel Priscilla Naidu said the caregiver had to get a security guard to open the door of the property at Carriage Way in Park Drive.

“They opened the house and found the couple in the bathtub.”

She said the woman, 79, had sustained multiple stab wounds. The man, 81, had no visible signs of injuries.

“Nothing was taken from the house and there were no signs of forced entry,” Naidu said.

She said postmortems would be done to establish the exact cause of death.

“The names of the deceased are being withheld until their next of kin has been notified.”