Shell pulls back from the Karoo

Shell is pulling back from its controversial Karoo fracking venture 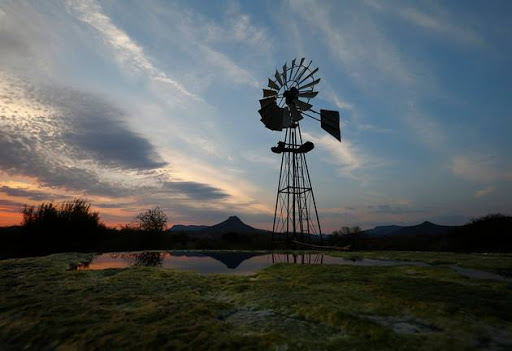 A windmill pumps water from a borehole near Graaf Reinet in the Karoo.
Image: Mike Hutchings/File Image

Shell is pulling back from its controversial Karoo fracking venture.

Responding yesterday to questions about the company pulling the plug on its plan to frack blocs across the eastern, western and northern Cape Karoo, Shell spokeswoman Dineo Pooe said the multinational was rescaling its Karoo team.

“With the low oil price environment, Shell has decided to rescale its Karoo team, reducing the number of staff whilst awaiting clarity on the Minerals and Petroleum Resources Development Act, technical regulations and an exploration right award decision,” she said.

“Should exploration rights be awarded and a clear and supportive legislative and regulatory framework as well as competitive commercial terms be put in place, the Karoo project could compete favourably within Shell’s global portfolio.

“We remain committed to our other South African ventures – our established downstream business, our liquified natural gas import ambitions and the long-term prospect of a shale gas opportunity.”

Graaff-Reinet attorney Derek Light, who is representing 400 farmers in their opposition to fracking, said he was not surprised as the latest research had thrown up little sign of viable gas deposits.

“None of the research holes drilled in identified ‘sweet spots’ has delivered any viable gas resource,” he said.

“I think they have realised that their estimations were grossly inflated.”

The latest research – involving scientists from the University of Johannesburg, the Council for Geoscience, University of Cape Town and University of Portsmouth – was published in the Journal of Science in September.

The study found that gas in the Karoo had been dissipated by underground heat sources and reduced from the expected 485 trillion cubic feet (Tcf) to about 13Tcf.

Light said that with the gas price at rockbottom and an over-supply glutting the market, the costs of the Karoo venture had probably also played a role in Shell’s pullback.
“Even if the gas was there the depth of the supply zone is 2.5km-3.5km down,” he said.

“There is also the recommendation of the strategic environmental assessment that the hundreds of millions of litres of water that would be needed to frack should be imported and that no local water should be used.

“These factors alone would have pushed up costs tremendously.”

Light said while Shell had not yet received an exploration licence it was also faced with a number of other legal and legislative uncertainties.

These included the ruling in the Grahamstown High Court in October, where environmental protection measures drafted by the mining minister were set aside and sent back for reconsideration by the environment minister.

“So I’m not surprised that they are scaling down, but we will continue to work to secure property legislation and to oppose any further fracking applications,” Light said.

“Fracking has no place in the Karoo. The way forward is to proceed with renewable energies that truly benefit communities.”