Man charged with culpable homicide, not having valid licence 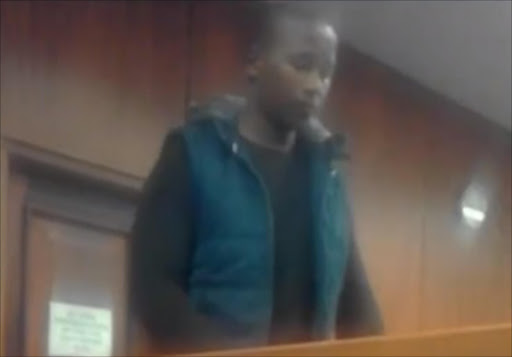 The man accused of crashing into and consequently killing an NMMU teaching student earlier this week has been charged with driving without a valid driver’s licence in addition to charges of culpable homicide and driving under the influence of alcohol.

This emerged yesterday when Amos Sinyanya, 28, of Motherwell appeared in the Port Elizabeth Magistrate’s Court.

It is alleged that Sinyanya was speeding along the M4 in a BMW, on the wrong side of the road, when he hit second-year foundation-phase teaching student Jamie Baartzes, 19.

He looked back and smiled slightly at his family in court yesterday.

Sinyanya, dressed in navy jeans, a black T-shirt and a body warmer, looked relaxed despite the serious charges he is facing.

Baartzes was travelling home to Sunridge Park from NMMU in her Chevrolet Spark when the accident occurred at about 1am on Tuesday.

She died while being attended to by medics.

Initially, the state proposed that bail be set at R5 000.

However, Sinyanya’s defence attorney, Joseph Tokom, argued that he was unable to pay that.

His family had managed to gather only R3 000 bail on his behalf, as he was unemployed.

The state opposed the proposal, forcing magistrate Esti Petzer to call senior public prosecutor Andre Kirchner to court to explain the state’s opposition to the reduction.

“The amount of R5 000 was prescribed by the police and the state was acting under the advisement of police,” he said.

“However, the state is not opposed to R3 000 bail with conditions.”

Sinyanya must report to the Motherwell police station every Monday for the duration of the trial, cannot interfere with, or contact, state witnesses and must hand in his learner’s licence.

Siphokazi Babela and Nomfundo Booi, who were passengers in the car Sinyana was driving, have turned state witness.

Kirchner said: “The accused has to hand in his learner’s licence, which we have already received.

“He is not allowed to drive a vehicle for the duration of the case, which is granted as his learner’s licence is also expiring in August.”

Officials at the scene said Sinyanya had allegedly been driving on the wrong side of the M4 towards Summerstrand at the time.

The crash occurred opposite the harbour, about 1km from the Walmer Boulevard intersection.

The case was postponed to May 23 for further investigation.