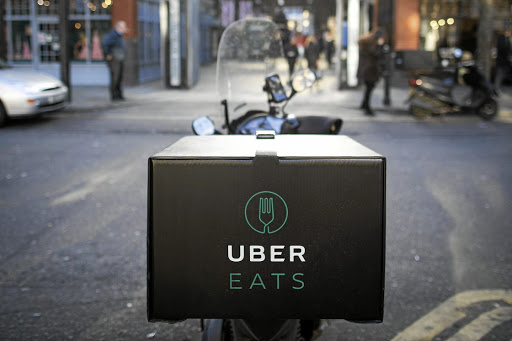 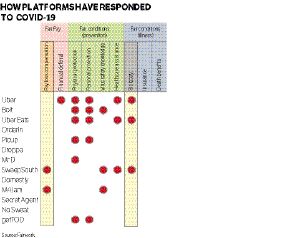 A scathing report by labour outfit Fairwork has admonished Uber Eats, Bolt, Mr D and OrderIn, saying the gig-economy firms have failed to take responsibility for workers’ lost wages during the Covid-19 lockdown.

Fairwork, a collaboration between the universities of Cape Town, Oxford, Manchester and others, said cleaning app SweepSouth and tech start-up M4Jam were the only SA gig-economy firms to have offered some compensation for the loss of pay experienced by workers.

Fairwork defined gig workers as those performing short-term tasks for digital platforms such as Uber, Uber Eats and SweepSouth.

With about 35,000 workers in taxi driving, delivery and cleaning, and up to 100,000 involved in other types of digitally mediated freelancing, Fairwork estimated gig work “touches at least 1% of the SA workforce, a number growing by well above 10% a year”.

Given the average household size in SA, gig work may “directly touch the lives of up to half-a-million people; making it an important economic and social issue for the country,” Fairwork said in its Covid-19 and SA’s Gig Workers report released earlier in May.

M4Jam’s users, referred to as “jobbers”, complete small, market-research jobs or in-company training modules in exchange for rewards such as cash, vouchers and points.

Because business had closed during the lockdown, a number of jobbers had no money to feed their family, CEO Georgie Midgley said.

As a solution, people using the platform completed small tasks and received a voucher to get food items from spaza shops in lieu of payment.

In turn, spaza shop owners were paid for the goods they passed on.

The value of a hamper collected from the average spaza shop is about R300, and includes toilet paper, soap, maize meal, cooking oil and canned foods.

Companies such as Uber have argued they are merely facilitators of job opportunities for “independent contractors”, rather than employers of workers.

This attitude has extended into the economic crisis brought on by lockdowns.

Fairwork’s survey suggests most gig workers have lost their jobs entirely, while those able to work have lost four-fifths of their income.

With a team of 44 spread between Johannesburg and Cape Town, Midgley said the lockdown had caused M4Jam to lose location-based work.

Its connection with spaza shops was a result of a project to map these businesses across SA.

The survival of companies might  come down to adapting and changing their businesses to save operations and jobs, Alison Collier, MD of Endeavor SA, a management consulting firm offering services to SMEs, said.

Because of social distancing, requests for cleaning services at private homes fell, so the firm has shifted to offer cleaning for corporate clients.

By doing this, SweepSouth was able to continue generating revenues while ensuring its staff had work, Collier said. — Financial Mail