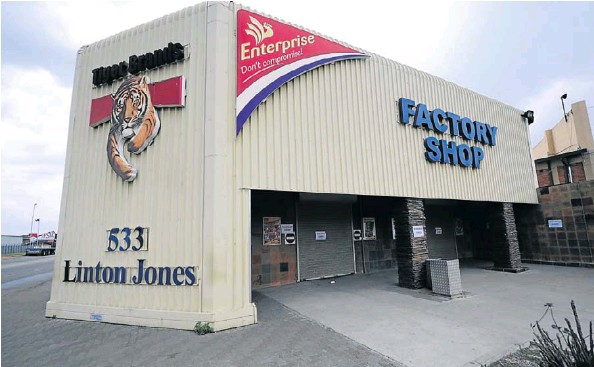 Lawyers are preparing to sue Tiger Brands after the listeriosis outbreak

“In 25 years‚ I do not recall a company releasing internal test results without a subpoena.”

Leading US-based food safety attorney Bill Marler‚ part of the legal team bringing a class action lawsuit against Tiger Brands‚ was commenting on the company’s admission that its independent tests had confirmed the batch of processed meats in question did indeed contain ST6 – the unique strain of listeria responsible for the world’s deadliest listeriosis outbreak.

The admission came in the form of a statement to the company’s shareholders late on Wednesday‚ seven weeks after chief executive Lawrence MacDougal’s infamous “there has been no direct correlation between our products and the deaths yet” statement at a media conference.

The latest National Institute of Communicable Diseases report states that there have been 1 119 confirmed cases since January last year‚ with 199 deaths.

More than 90% of those were linked to the outbreak strain.

“Tiger Brands’ statement amounts to an acknowledgement by the company that indeed this outbreak does come from their factory‚” attorney Richard Spoor said on Friday.

“We look forward to working with their lawyers and insurers to find an equitable solution for its injured consumers.”

Zain Lundell, of LHL Attorneys, said Tiger Brands’ announcement was very helpful in confirming the causal link between Tiger Brands’ processed meat products and individuals who became ill or even died as a result of eating those processed meat products.
And Marler, of the food safety law firm Marler Clark of Seattle‚ said: “Tiger Brands should be commended for its transparency with the government and the public; this will go far to restoring consumer confidence.”

The two firms‚ in partnership with Marler Clark, represent 140 people affected by the outbreak.

They are now in the process of collecting medical records and epidemiological evidence related to the case.

It is thanks to a technology called whole genome sequencing – a form of DNA fingerprinting – that a unique strain of listeria found in those who have fallen ill with listeriosis can be positively linked to the food they ate and the factory it was made in.

Marler and his firm have handled thousands of food outbreak cases around the world in the past 25 years‚ with about $650-million (R8-billion) being awarded to the victims and their families.

In every one of the listeriosis cases he has worked on‚ Marler said‚ the foods – including cheese‚ lettuce‚ deli meats and pasteurised milk – were contaminated with the potentially lethal bacteria on food contact surfaces in the processing plant.

Tiger Brands spokesman Nevashnee Naicker said last week that while the company acknowledges that its facility had ST6‚ it did not mean that it was the source of the listeriosis outbreak‚ or the only source.

The company’s statement to its shareholders revealed that on April 24‚ Tiger Brands had received independent confirmation of the presence of the outbreak strain in the samples tested by the NICD‚ after previous tests has been inconclusive‚ hence the delay.

The samples were manufactured at the Enterprise processing facility in Polokwane‚ which has since been closed along with three other Enterprise factories which produce a range of ready-to-eat processed meats‚ including polony.

All were undergoing thorough cleansing and sanitising‚ and in some cases‚ complete redesign of its processes and equipment‚ Naicker said.

“And all staff are undergoing intensive training‚ too‚” she said. “Everything is about making sure we don’t have a repeat.” – TimesLIVE