I’ve got nothing to lose, says Klate on his new Chippa job 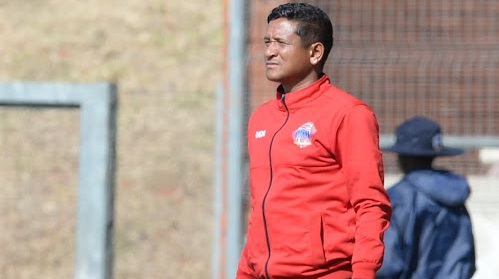 By taking the Chippa United head coach job for the upcoming DStv Premiership season, Danie Klate's introduction to top-flight coaching can be described as a baptism of fire.

The general known fact in SA football is that Chippa United owner Siviwe Mpengesi is trigger-happy and has no patience with coaches when the results are not positive.

So why would Klate accept the Chilli Boys gig knowing very well that the environment is not forgiving?

“That's the same question they asked me when I moved away from SuperSport United to Orlando Pirates; it's a challenge and somebody has to coach the team,” answered Klate when speaking to the media.

“The team will never be without a coach, I'm a local boy so I'm not packing any bags. My wardrobe is packed at home, I won't pack any when I get fired. I've got nothing to lose, I've got everything to gain, I've got to learn,” he said.

Since retiring three years ago and stepping into coaching, the trajectory of Klate's coaching journey has caught many by surprise and even the man himself said he did not get expect to get a head coach job in the PSL.

“It's surreal, three years since I retired and here I am today. I didn't expect it, to be honest; I thought I was still learning and enjoying myself at the diski,” he said.

Klate got the nod as head coach after impressing Mpengesi in the DStv Diski Challenge and with his rich coaching badges. The promotion was met with jubilation but now Klate has got off cloud nine and is focused on the job at hand.

The former Bafana Bafana winger knows that there's a huge difference between coaching in the development ranks and professional set-ups.

“I think with the first team, it's a completely new challenge. I have realised it's result-orientated, it's not about development,” Klate said.

“You have to get a point or three points, it's very much result-orientated. It's completely different from Diski Challenge and I completely understand. If the results are not coming then it's a concern. So we have to focus from the first game, one result at a time and then we move on.”