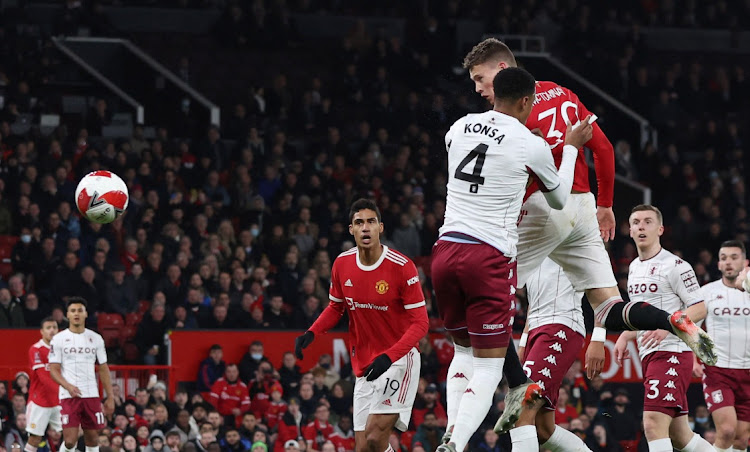 Manchester United interim manager Ralf Rangnick was pleased with their aggression in Monday's 1-0 FA Cup third round win over Aston Villa but said his players must put more pressure on their opponents when out of possession.

“As I said, it's difficult against Villa. But what I saw was a team that desperately wanted to win and in the end, that's why we won the game.”

Rangnick said he wanted United, who face Middlesbrough in the fourth round, to be tighter at the back.

“We have to develop the team into a clean sheet team ... that was another one today but still David de Gea was outstanding,” Rangnick said.

“I'd have wanted him to have less saves in total, I think we had four-five shots on our goal, but again we can still improve even in that area.”

United, who are seventh in the Premier League, visit Villa on Saturday and Rangnick is fully aware of what to expect.

“It will be another tough, tough game for us,” he said.

Steven Gerrard's Villa will get a swift chance for revenge as they host United in the Premier League on Saturday.

The night's big talking point was why Villa had an equaliser ruled out early in the second half.

John McGinn played a free kick towards Ezri Konsa who headed across goal for Danny Ings to bundle in with his thigh.

Villa celebrated what they thought was a deserved equaliser but referee Michael Oliver was immediately talking into his mouthpiece to his VAR assistants.

With TV replays focusing on whether Ings had been offside or had used his arm to score, Oliver was summoned to check a pitchside monitor and, more than three minutes after the ball entered the net, ruled out the goal for an apparent block by Jacob Ramsey on Edinson Cavani as the ball was played in.

“The officials took three and a half minutes to settle that one. They have looked at two or three things in it,” Gerrard said. “When VAR is there and they make a decision you have to accept it. There is nothing you can do to change it.

“The easy way out is to blame luck and the officials, we won't do that. We dominated for large parts but we were not ruthless enough.”

Cristiano Ronaldo the match with muscular problems but manager Ralf Rangnick said on Monday it was nothing too serious.

Ronaldo, along with Jadon Sancho, Harry Maguire and Phil Jones, were all missing from the side that lost to Wolverhampton Wanderers in the Premier League last week.

Maguire and Jones were also injured but should be back for the league clash away to Villa on Saturday.

On Ronaldo's absence, Rangnick said: “I spoke with Cristiano yesterday before training, he told me that he's had some problems for the last couple of days.

“Minor problems, but in the end, we decided that it made more sense to not take any risks in a game that could easily last 120 minutes, so we just decided to rest him.

“He had some problems with his hip, with his hip muscle. I don't think it's anything serious.” — Reuters