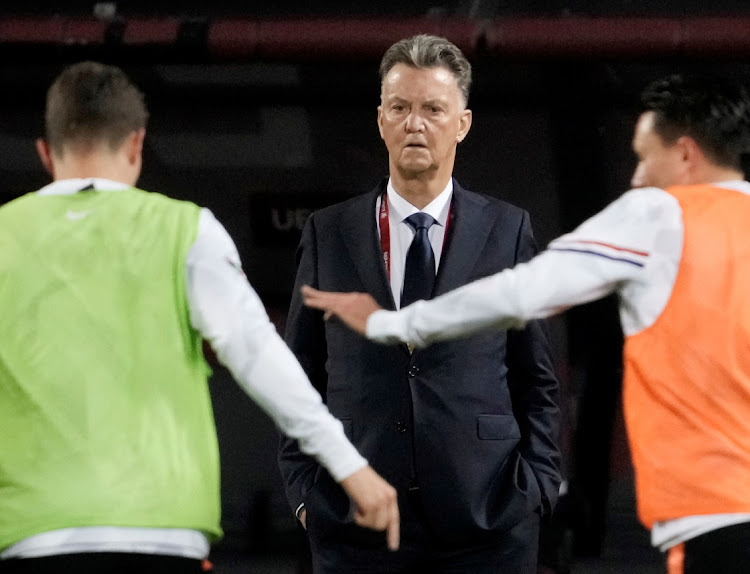 Netherlands coach Louis van Gaal is confident his side will secure World Cup qualification in the next week, but warns their next match in Montenegro will be no easy assignment.

Van Gaal is back for a third spell as the Dutch manager and since taking over has led his side on a five-match unbeaten run — one draw followed by four victories — and they are two points clear at the top of Group G.

Van Gaal’s first game back was a 1-1 draw in September at Norway, who are second behind the Dutch and play them in Rotterdam next Tuesday in their final qualifier.

“Of course, only qualification counts and that was the goal when I was appointed. It doesn’t just happen like that but in principle I assume that we will qualify,” he told a news conference.

“We played a very attacking brand in all those matches, though that is possible against those kind of opponents,” he said after they scored 17 goals in victories over Turkey, Montenegro, Latvia and Gibraltar.

“But we were also the attacking side against Norway, just look at the statistics.”

However, to ensure they stay ahead of Norway in the standings and be in a strong position for their last qualifier, they must beat Montenegro in Podgorica on Saturday.

“The individual quality is quite high among their players,” Van Gaal said of Montenegro.

“Don't forget that we were actually outplayed at home for the first 20 minutes when we beat them in September.

“We only started to play better when our wingers started to move into the right position. Then we were able to really overwhelm them and able to achieve a good result. Individually they can all do something, but as a team they are lesser than the Dutch national team,” Van Gaal added.

Van Gaal took over from Frank de Boer after the Dutch exited this year’s European Championship in the last-16.

The Netherlands failed to qualify for the World Cup in Russia but under Van Gaal were third in Brazil in 2014. — Reuters