'Comments received after Chiefs vs AmaZulu game are disappointing' 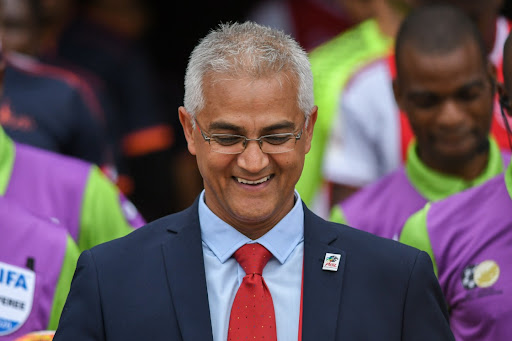 The SA Football Association (Safa) Referee Review Committee says the comments they have received following the league match between Kaizer Chiefs and AmaZulu a few days ago are disappointing.

A controversial penalty in the referee’s optional time saved Chiefs from defeat and they sneaked to a last-gasp 1-1 stalemate with AmaZulu at Kings Park Stadium in Durban on Sunday.

Referee Jelly Chavani, after consulting with his assistant Emmanuel De Sani, judged AmaZulu defender Mbongeni Gumede to have handled inside the area, handing Keagan Dolly an opportunity to snatch a priceless point after beating Veli Mothwa from the penalty spot.

Safa’s head of referees Abdul Ebrahim confirmed on Radio 2000 Sports Night Live with Andile Ncube that the recommendation outcome for Chiefs and AmaZulu match is yet to be made public and will be released in due course.

“I can say the incident has been reviewed and the only thing we are waiting for is the report from the review committee,” he said.

“I don’t want to harp too much on the incident in the Kaizer Chiefs and AmaZulu game until the report is received from the review committee.

“We have a review committee that reviews all the incidents from the past week’s games and the committee thereafter prepares a report which contains recommendations."

"The comments that have been received from people following the Kaizer Chiefs and AmaZulu game are disappointing," he said.

"The refs are human and unfortunately they make mistakes and if a referee makes one mistake that does not make him a bad referee."

"We are constantly educating our refs," he said.

"When a ref is suspended, they are assigned a mentor who sits with them maybe three times a week going through incidents and how to deal better with incidents in future."

AmaZulu director Manzini Zungu took to social media to express his frustration over the match official's decision to award Chiefs a penalty.

Coach Benni McCarthy’s men will certainly feel  hard done by as the draw came after  outclassing Chiefs throughout the game.

"I’m gutted. The best player for Kaizer Chiefs the Man of the Match we shall never forget (angeke size sikhohlwe) AmaZulu Football. This is crime scene. Crossed fingers," he said.