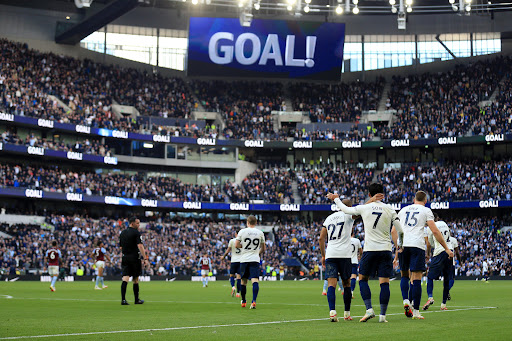 Tottenham Hotspur ended a run of three successive Premier League defeats as Pierre-Emile Hojberg and a Matt Targett own goal secured a 2-1 home win over Aston Villa on Sunday.

It was a much-needed fillip for a Tottenham side who have plummeted down the table since winning their first three games, easing the pressure on manager Nuno Espirito Santo.

Son Hueng-min failed to score for Tottenham but the industrious South Korean was the architect of their win.

It was his clever pass which allowed Danish midfielder Hojberg to open the scoring in the 27th minute and his brilliant run and cross towards Lucas Moura which ended with Targett getting the final touch in the 71st.

Villa had equalised when Ollie Watkins, recalled to the England squad this week, opened his league account for the season with a tap-in.

Victory lifted Tottenham to eighth place with 12 points while the end of Villa's three-match unbeaten league run left them 10th with 10 points.