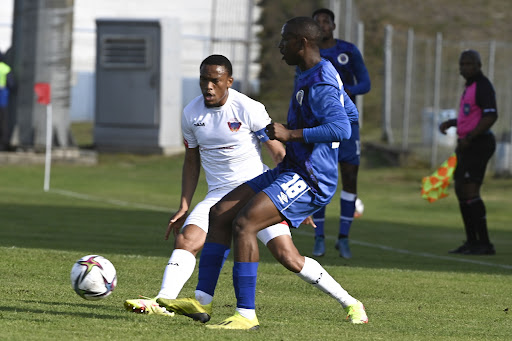 Chippa United coach Gavin Hunt bemoaned his squad’s lack of on-field savvy after they played to a goalless draw against SuperSport United on Saturday.

The stalemate at Mdantsane’s Sisa Dukashe Stadium extended their winless run in the DStv Premiership this season to four matches after defeats to Royal AM, Orlando Pirates and Stellenbosch.

Hunt said he did not envisage making any changes to his squad despite the string of disappointing results.

“We can’t change anything, we just have to keep going and try to keep working on the game intelligence,” Hunt said.

“I think the game intelligence is something that we need.

“It’s something we need to work on.

“We do on a daily basis but a lot of the players need to work on that.”

The 57-year-old former Kaizer Chiefs mentor said his side had battled in the grim weather.

“Difficult conditions to play in, I mean really ugly.

“I thought in the first half we had two brilliant opportunities.

“They got a penalty in the second half and they missed it.

“You could say that they had a penalty and they shot once.

“We had two good chances and then we had a couple of good moments there in the second half, but we did OK,” Hunt said.

Tembo was disappointed his players did not convert their chances, but applauded the Chilli Boys’ efforts.

“I think we started very well. It was a very difficult game because of the conditions.

“It was windy and we couldn’t really keep the ball on the ground.

“But on the balance of play, I thought we created the better chances — we even missed a penalty there in the critical phase.

“I think we were the lucky ones.

“We got that situation and a penalty and we did not capitalise on that.

“I am very disappointed in that, but also credit should go to Chippa — they made it a little difficult for us.

“However, I thought we dealt with the threat very well.