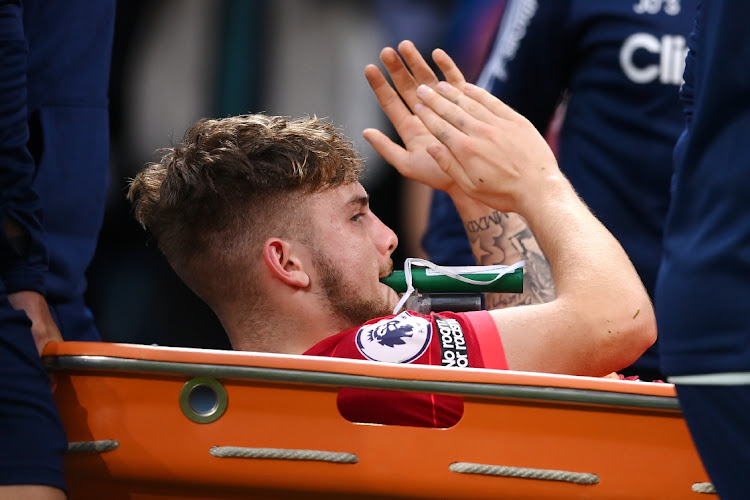 Harvey Elliott of Liverpool applauds the fans as he leaves the pitch on a stretcher following an injury during the Premier League match against Leeds United on September 12, 2021 in Leeds
Image: Laurence Griffiths / Getty Images

Liverpool midfielder Harvey Elliott has undergone successful surgery after he sustained a serious ankle injury in their 3-0 win at Leeds United and he could return to action later this season, the Premier League club said.

Elliott, 18, suffered a fracture dislocation after a tackle from Leeds' Pascal Struijk and had to be taken off on a stretcher before he was taken to the hospital.

"We were able to reduce the dislocation immediately on the pitch and Harvey had surgery today to repair the fracture and ligaments damaged in the incident. The operation was a success so his comeback starts now," club doctor Jim Moxon said in a statement.

"We won't put pressure on him by setting a specific timeframe beyond being able to say with confidence we expect him to feature again later in the season following our rehab programme."

Struijk, who was sent off immediately after, apologised later on Instagram, saying what happened was something he "would never wish on anyone".

Elliott responded by saying it was a freak accident and was not worthy of a red card.