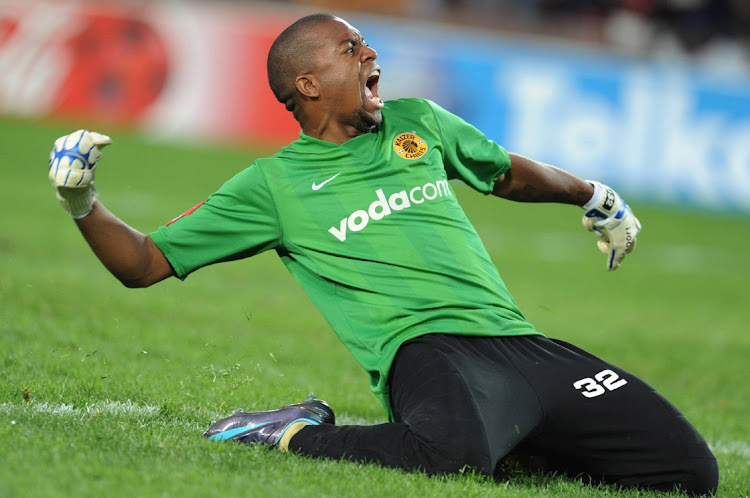 FAN FAVOURITE: In the goalkeeping department, Kaizer Chiefs' Itumeleng Khune is in the lead with just under 90,000 fan votes
Image: GALLO IMAGES/LEFTY SHIVAMBU

Richard Ofori and Itumeleng Khune are the lead goalkeepers voted for by fans to take charge in the Carling Black Label Cup between Soweto giants Orlando Pirates and Kaizer Chiefs.

The match is set for August 1 at Orlando Stadium in Soweto.

In the goalkeeping department, Khune is leading with just under 90,000 votes ahead of Akpeyi, while Siyabonga Ngezana is fewer than 200 votes shy of breaking into the team’s defence.

The midfield will be closely contested, with Njabulo Blom close to 800 votes away from Katsande, while Leonardo Castro needs more than 21,000 votes to surpass Billiat.

Similarly,there is gap between the goal-stoppers with Ofori leading ahead of Mpontshane by more than 37,000 votes.

In the defence line-up, Ntsikelelo Nyauza is nearing Jooste with just more than 3,000 votes.

In the midfield, Makaringe is a little more than 1,000 votes behind Hotto.

Up front, Tshegofatsho Mabasa will need close to 12,000 votes to catch up to Lepasa.

Khune and Jele are leading the captain’s selection game-changer for their teams, while the Chiefs striker with the most votes, Nurkovic, is a clear leader for the penalty-taker votes, with close to 5,000.

Pirates’ Mhango will need close to 200 votes to surpass Lepasa, who leads the penalty-taker votes.

In addition to five “game-changers”, Chiefs and Pirates fans have free access to player performance data and team statistics on www.carlingblacklabelcup.co.za to assist them in selecting their starting line-up.

“Coaches have a difficult job as they are the decisionmakers,” Letsholonyane said.

“The best way for them to equip themselves is through knowledge and information to help them make well-informed decisions regarding their squad.

“It is impressive that Carling Black Label are now giving the champion coaches access to this information.

“When selecting players or making substitutions, the fans will base it off insights and statistics on the specific players.”