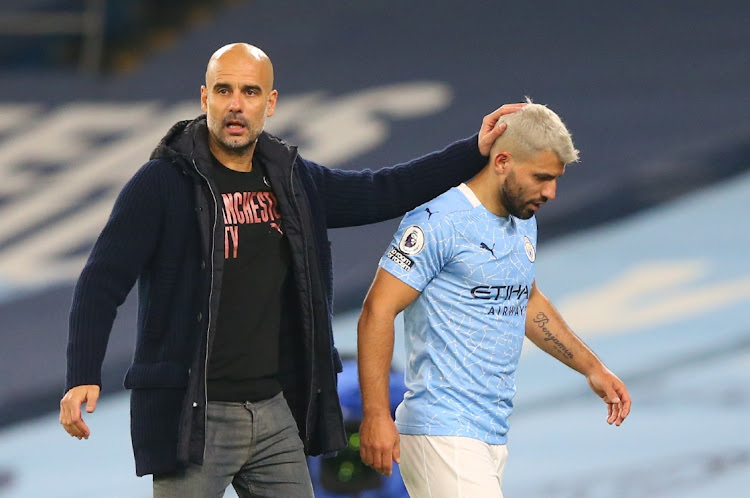 Manchester City manager Pep Guardiola described striker Sergio Aguero as "irreplaceable" and backed the 32-year-old Argentine to finish his career at the Premier League club on a high.

City said their all-time top scorer, who has netted 257 goals in 384 appearances and won four Premier League titles, one FA Cup and five League Cups, will leave when his contract expires at the end of the season.

"He's a legend, the best striker I ever had at this club through the years... but he's irreplaceable in the mind for our fans, to our people and to the players that played alongside him or the manager who worked with him," Guardiola told Sky Sports.

"A fantastic person and human being. I'm pretty sure if his mind is still aggressive like he is, he can stand his career longer ... maybe for two, three, four or five years."

Among the highlights of Aguero's City career is his injury-time winner against Queens Park Rangers on the final day of the 2011/12 season that secured the club's first English title in 44 years.

Aguero has struggled for fitness this season but Guardiola backed him to hit the headlines again.

"It would be great ... I still think he has interesting goals to score for us this season. Fortunately, he's only been out for one season. We've had a lot of success but we've missed him in some moments," Guardiola added.

"To have a special quality like this is difficult to find ... the sense of goal, quality ... he's sharp.

"Especially when he's sometimes angry ... he makes energy in his legs and is able to close to the box to make these runs for 5-10 metres and destroy one, two or three opponents and finish.

"When he came here (in 2011) the club was at one level and he helped put the club at a higher level ... that's why all the people and the fans are grateful."