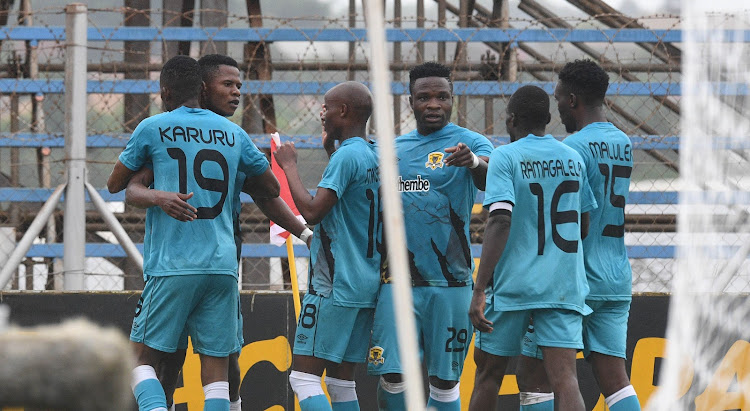 Orlando Pirates’ inconsistency remains their achilles heel after they dished out a disjointed performance that saw them crash to lowly Black Leopards on Sunday afternoon.

Pirates were caught cold and all over the place in the early stages as Innocent Maela headed the ball into his own net after half an hour of action at Thohoyandou Stadium to give the perennial relegation candidates the advantage.

Rodrick Kabwe doubled the lead for Leopards five minutes later as the Zambian attacker punished sloppy defending from their visitors, who looked a shadow of the team that sleepwalked its way to a 3-0 victory at the same venue against Tshakuma FC four days prior.

Pirates were harmless in front of goal with just two shots on target while their defending left a lot to be desired with captain Thulani Hlatshwayo and Ntsikelelo Nyauza found wanting in central defence.

Nyauza was hauled off hobbling and replaced with regular captain Happy Jele, who looked to stabilise things at the back but the attacking trio of Deon Hotto, Vincent Pule and Frank Mhango fired blanks.

Josef Zinnbauer’s team started their pursuit of Premiership glory badly at the beginning of the year as they lost to champions and leaders Mamelodi Sundowns earlier this month.

They conceded a last-minute equaliser in their second match of the New Year against surprise joint-leaders Swallows FC, emphatically defeated Tshakuma before they were brought down to earth by plucky Leopards.

The last time the Buccaneers won back-to-back matches in the DStv Premiership was in November.

The defeat leaves the Buccaneers stuck in fifth place on 17 points from 11 matches and trailing joint leaders Sundowns and Swallows by eight points.

The win for Leopards moves them from bottom of the Premiership standings into 13th place on nine points and a point ahead of their relegation rivals Tshakuma, Maritzburg United and TS Galaxy, who plunged to the foot of the table at the weekend after a home defeat against former coach Chippa United’s Dan Malesela side.

It is only for the second time this season that Pirates failed to score in a league match but Buccaneers have not been effective in front of goals either with just 13 goals in 11 matches.

It is no surprise that Pirates leading scorers in the league are Fortune Makaringe, Frank Mhango, Vincent Pule and Tshegofatsho Mabasa — who are all tied on two goals.

Pirates have only three days to lick their wounds as they host unbeaten fourth-placed Lamontville Golden Arrows in Soweto on Wednesday while Leopards welcome Cape Town City at the same venue on the same day.