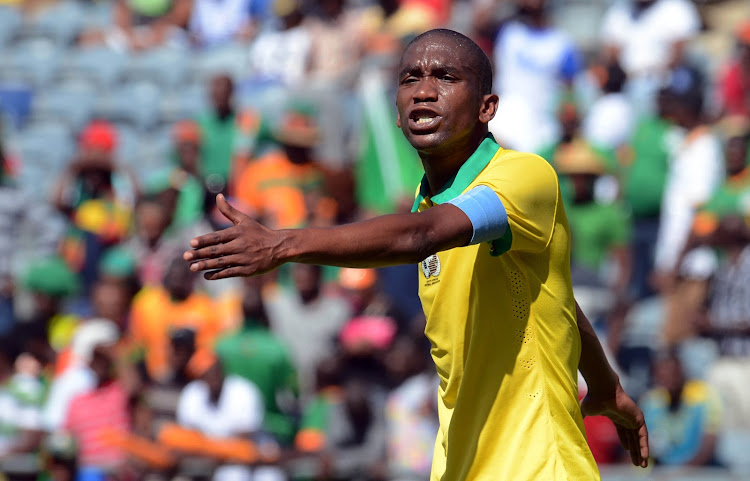 Anele Ngcongca belongs to a Bafana Bafana club of players to have represented the national team in 50 appearances or more.
Image: Lefty Shivambu/Gallo Images

Former Bafana Bafana coach Gordon Igesund has remembered Anele Ngcongca as a dedicated‚ disciplined and organised human being who always looked after people around him.

Ngcongca died in a car crash in northern KwaZulu-Natal on Monday morning and it is understood that the vehicle he was travelling in was heading towards Durban when the driver lost control and veered down a steep embankment.

Igesund spent a lot of time with Ngcongca in the national team and the ex-Bafana said he had great leadership qualities.

“Anele for me was a fantastic human being and most importantly‚ he was a great professional‚” said Igesund.

“He would always be the first one at training and last to leave‚ he always wanted to work hard‚ he always played within instructions and he was always looking to better himself.

"He was always looking out for people around him and had everybody’s back covered.

"He was one of those players who will be out there to help the team to win games and he will put himself second and his team-mates first.

"He was absolutely and fantastic person and my deepest condolences go to his family and his supporters. He played for me in the national team and he was fantastic.

"I remember the joy on his face when we won games.

"When we played against Spain and we beat them‚ he marked world class players in that game and did a fantastic job.

"He had great leadership qualities and he learned the right way.

"He did the right things in the dressing room in terms of motivating other players and was very disciplined and organised in his play."

Igesund said Ngcongca would not have lasted in Belgium for almost a decade if he was not disciplined.

“You don’t play for a team like KRC Genk if you are not disciplined and organized‚ and he was in Belgium for nearly ten years.

"If you are a naughty boy‚ they don’t have time for that kind of stuff over there‚ they quickly tell you go home because they don’t need troublemakers.

"He was never like that‚ he was a good boy and his death has devastated me.

"He still had a future in the game as a player for at least two or three more years and I am sure he was going to give back to the game after that.”