All Blacks coach Foster rides out storm, promises change as they turn attention to the Springboks 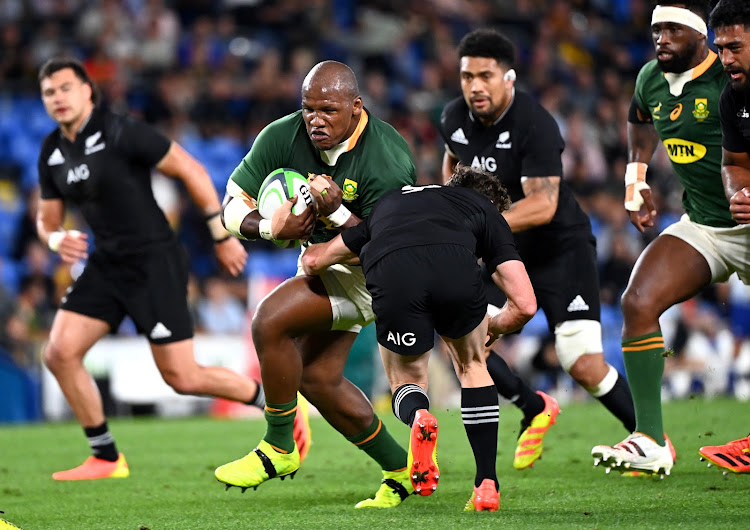 All Blacks coach Ian Foster has survived the storm of criticism that followed the mid-year series loss to Ireland, at least for now, and on Friday promised change before two Rugby Championship Tests against the Springboks.

Foster's head was on the block after last week's humiliating 32-22 defeat at the hands of the Irish in Wellington, which resulted in the All Blacks losing a home series for the first time in the professional era.

Facing the media for the first time since his post-match news conference on Saturday, Foster said that he had never considered stepping down from the job he was handed in 2019.

“I am strong. I am resilient,” he told reporters in Auckland after announcing his squad for the Rugby Championship.

“I believe I have a great feel and relationship with my players. I'm strategic and I'm also accountable. I am really excited to ... show you what this team is made of.”

Back-to-back losses to Ireland mean New Zealand will go into the Tests against the world champions in Mbombela and Johannesburg early next month with only one win in their last five matches.

New Zealand Rugby chief Mark Robinson said in a media release on Friday that “thorough conversations” had been held, and would continue to be held, around the All Blacks set-up.

“As an All Blacks coach you live with that all the time. Does it hurt? Yes it does. But the key thing for me is ensuring we've got robust processes to make sure we have the right people in the right seats.”

There was no immediate sign of much change in the playing group with only two alterations to his squad for the Rugby Championship.

Despite speculation in the New Zealand media this week that they would be axed, Foster has retained flanker Sam Cane as captain and gave no indication that he would change any of his assistant coaches.

“I have faith in Sam Cane,” he added. “We all know we have high accountability when you wear an All Blacks jersey and we need to do that better.”

Former Ireland coach Joe Schmidt, Foster said, would remain an independent selector but would not have any wider advisory role and would not be on the plane to SA.

Foster said he understood the frustrations of the New Zealand public.

“I love the passion of our fans and I love the opinion. What I can assure people is that I'm not here other than to do the best job I can.”