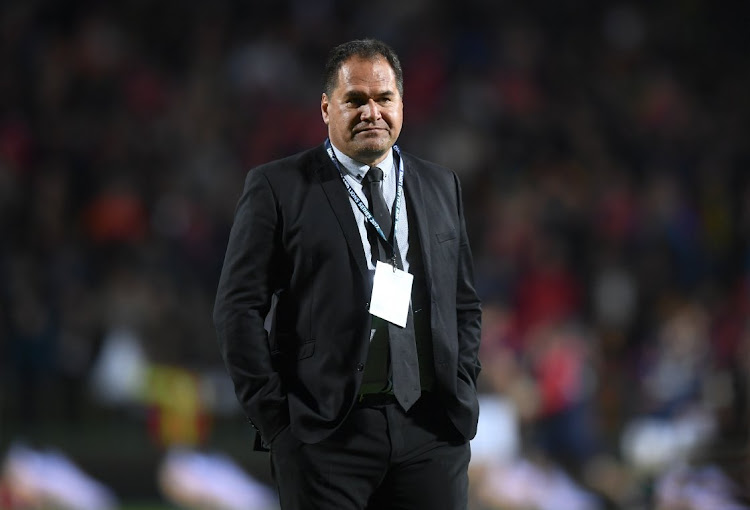 Dave Rennie is hopeful Australia's teams are closing the gap on their New Zealand rivals in Super Rugby as the Wallabies coach plots to win back the Bledisloe Cup from the All Blacks after a 19-year drought.

Australia's rebuilding Waratahs stunned New Zealand powerhouse Crusaders on Saturday, their first win over Kiwi opposition since 2019, while the Brumbies were convincing winners over the Hurricanes on Sunday.

“The other sides all went close ... so it's good,” Rennie told reporters in Melbourne.

“I think we're certainly more competitive and teams can take a lot of confidence out of that.

“It's important that we do well against the Kiwi sides as it gives us confidence, gives our players confidence that playing against some of the best players in the world, they can stand up.”

Australia were whitewashed 3-0 in last year's Bledisloe Cup as New Zealand retained the trophy contested by the trans-Tasman foes for a 19th consecutive season.

The All Blacks' dominance has been underpinned by New Zealand's strength in Super Rugby, with the nation's five teams winning 23 out of 25 matches against Australia's last year.

Rennie said building depth remained a “big challenge” for Australia's Super Rugby teams to be consistently competitive against the Kiwi sides but he was more bullish about producing strong match-day squads for the Wallabies.

“We'd be confident we can pick a really strong 23 — our Wallabies bench could add value and it's crucial against the All Blacks because they've got so much depth,” he said.

Australia face the All Blacks in Melbourne on Sept. 15 and at Eden Park on September 24.

Both Bledisloe Cup clashes double as Tests in the four-nation Rugby Championship which also features SA and Argentina. — Reuters